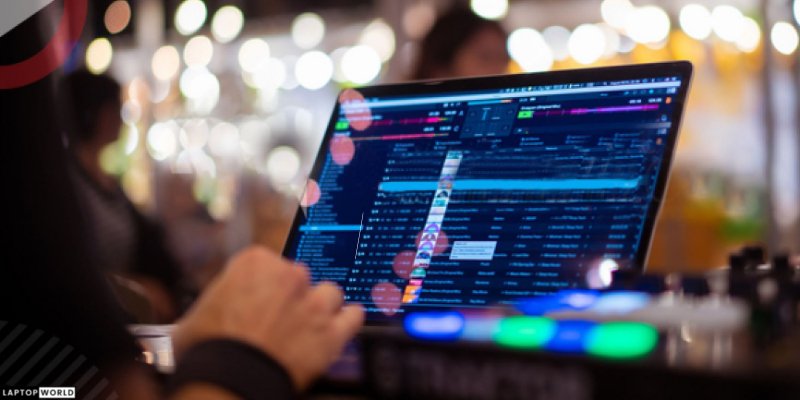 Music production today is not as unkind as it used to be a few years, or perhaps, a decade ago. Nowadays, if you have just one good mid-range laptop, you have a pro music production studio right at your home – in your room. As far as Acer is concerned, the brand has a vast array of laptops and Chromebooks including some really entry-level whereas some extremely juggernaut machines too.

So if you are confused with “are Acer laptops good for music production?”, it’s ‘Absolutely Yes’ in the answer. Any laptop, regardless of the brand, that boasts a fine couple of hardware specs, say an i5 CPU, 8GB RAM, and abundant space is best for all sorts of music production tasks.

Well, while compared to Apple’s laptops, Windows used to be a bit finicky to these content creation things, but that’s not the case today. The all-sufficing next-level DAWs (digital audio workstation), mod add-ons, and handy plugins now have just redefined this whole thing.

With that said, if you can just manage to get a laptop of around (or a bit over) $500, there is no chance you can’t do music production, etc. A laptop of that price range is sure gonna carry those required, even recommended, hardware figures.

What Makes a Laptop the Best Laptop for Music Production?

So if you are planning to get a laptop for the likes of music production works, you need to do some homework beforehand.

Before going down to “are Acer laptops good for music production?”, let’s first talk about what are the hardware requirements of all the plenty of DAWs and what system is the best for these tasks.

DAWs (Digital Audio Workstations) are those software programs developed for these music recordings and productions. With these programs, you can do everything ranging from recording to the later-on editing, mixing, and finally creating a masterpiece audio file.

So, by closely looking at the required and recommended specs for all these DAWs, here is what you need to look for in a laptop when getting it for likewise tasks.

The processor is the undisputed king when it comes to such content creation tasks. Although music production asks for much lesser processing powers compared to video editing/production, etc., CPU still comes first.

Music production, like video creation, also means countless edits, auto-tunes, remixes, and much more. And for a CPU to actively take all the rushed commands and execute them, that needs some guts.

So while a very few DAWs can stay happy even with a dual-core processor, the ideal for music production, etc. is to always aim for a quad-core CPU. The more the cores, the profitable the business.

Besides, do make sure that the processor has at least a 2.5 or 3 gigahertz max speed. Because you’d be dealing with some synthesizer plugins like Xfer Serum, etc. as well. So if the CPU is stout enough to quickly go overclock, you’ll feel that fluency in working no matter how harsh you get with throwing tasks at it.

In short, for the audio content creation, the best laptop is gonna be the one with a Core i5 (or AMD Ryzen 5 or 7) Quad-core (at least) processor that displays a max clocking of around 2.5GHz.

Being a content creator means dealing with eleventy of files and folders all the time. Sample files, software files, project files, and don’t know what else you’d need to save and keep track of, 24-7.

Whatsoever, for all that, you need to be rich in space gigs. So for a laptop that’s used for music production or any content creation job, I think 512GB is the strict minimum SSD required.

Well, SSD or HDD, that’s not a big issue. But as SSDs ensure a snappier experience by minimizing the overall loading/boot-up times, they’re far better than HDDs (where it can even take minutes to load a mighty music library, etc.).

Anyways, you don’t need to worry about that because laptops today already come with SSD chips. So you just need to make sure you find one with 512GB or even colossal options.

Memory, also called RAM, is also one of the most important elements you ought to look for in the laptop. While these music production tasks are not that RAM-hungry, a good deal of memory is mandatory to avoid any unexpected ills.

Well, although most of the DAWs like F1 Studio or Ableton Live, etc. ask for only 4GB of RAM, I’d suggest you shoot for a laptop with 8 gigs of memory at least. So you won’t only be able to run almost all the professional programs, but it will make a killing if you are on any of those less RAM-hungry DAWs.

Nonetheless, the processor, memory, and storage are the three primary things you need to be watchful of in a laptop. But there are a few other critical things to look for when buying a laptop for likewise content creation jobs i.e.

So, Are Acer Laptops Good for Music Production?

Of course, yes. Let alone those flagship machines like Predator, etc., Acer even has a great deal of extremely mid-range laptops that are powerful enough to easily get by all these jobs.

All these laptops feature at least i5 CPUs, 8GB RAMs, and you can easily find up to 1TB SSDs (but that depends i.e. pro versions come with 1TB. Otherwise, you’ll get 256 or 512GB normally).

Furthermore, almost all of these laptops are priced at under 1000 dollars. Some are less than $700, whereas a few are even below $500 as well.

Everything considered, music production isn’t as terrible at demands as content creation – the umbrella term typically shows up. While other content producers, say, videographers, etc. need those off-the-wall creators’ machines, for a music producer, a decent everyday laptop is a whole shmear.

Any laptop that’s just a step or two up than being extremely entry-level is good for these music production tasks. So regarding the brand Acer that are Acer laptops good for music production, it’s always a big YES.

If you can manage to spend around 500, there is no chance you’ll get any poor-performing machine in Acer’s range, at least not poor for music creation tasks.

But what I suggest in this regard is that always keep your budget a bit high, say around $700 at least. So that if you can’t afford the pro version of the laptop, you at least don’t end up with an entry-level version either. And that 700 is an optimal price range where you can sure get one beast machine for the purpose.