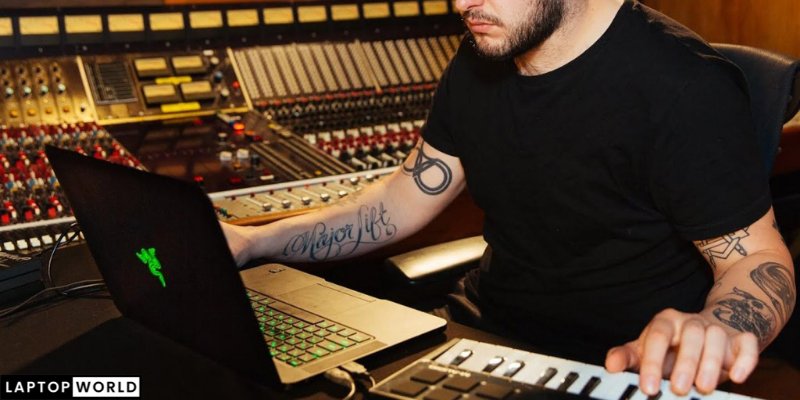 Music is the essence of life, everyone has heard music at least once in their lifetime and there is no denying there is something magical about it that automatically spices up your mood no matter how bad it is, all it matters is the right cords and jingles to hit your eardrums.

Moreover, as we know technology has taken a massive leap in the previous decade, and pretty much all music is digitally made nowadays. If you are a rookie artist that has a weird question: are gaming computers Good for music production? Then you have come to the right spot because I will be covering that topic in this article as briefly as possible.

Although a gaming computer isn’t something you should be looking for to make your digital content, it is still appropriate equipment for you and just because it has a “gaming” in its name, doesn’t mean you can’t utilize it for your music production needs.

Contents show
Why Are Gaming Computers Good For Music Productions?
Storage space:
Processor:
RAM capacity:
Sound card:
Plenty of Input and Output interfaces:
Can I use the laptop as a DAW?
Windows Vs MacOS:
Final Verdict

Why Are Gaming Computers Good For Music Productions?

The answer is simple since a gaming computer tends to have an ample amount of RAM capacity, decent storage space as well as the right amount of computational processor which will help you while you are using software to create your digital music content whether it is editing or simply making tunes.

Furthermore, gaming computers also come with heavily optimized sound cards which are helpful to calibrate your tunes, however, for professional work you might still want to consider investing in an external sound card for even better sound output.

Moreover, a gaming computer also has a dedicated graphics card, but that is rarely used in any form of musical productivity.

Let me break down briefly how these gaming components help you.

By default, plenty of prebuilt gaming computers come with hard drives and Solid-state drives that have plenty of space that ranges from 500GB to 1TB which is more than enough to store your high-definition sound files.

Also as compared to normal use computers, they often have high speeds due to high RPM and NVME interface, depending on the type of storage capacity you are using which is perfect for high-speed transfer rates and getting the job done during compiling and editing.

Just like storage capacity, a processor is equally important as it serves as the heart of the whole system because it processes all your files while you are working on your projects and editing them in software like Ableton Live, FL Studio, and Logic Pro.

Since all of the software mentioned are heavily CPU-based, you might as well be needing as many processing speeds as possible. This is where the importance of gaming computers comes into play because they have plenty of cores and multithreading features so you can multitask and produce music all at the same time.

Speaking of high speeds and multitasking, RAM capacity is equally important and there is no alternative when it comes to higher capacity than a gaming computer has to offer.

Not only do they support high-frequency RAMs but also have multiple channels so you can upgrade them for further speeds. The motherboard of a gaming computer is also finely tuned to support RAM capacity ranging from 16GB to 32GB which is more than enough for a lag-free experience that you might be having on other Digital audio stations( DAW).

As mentioned above, a gaming computer is tweaked to have rich components such as a sound card that will deliver jaw-dropping sound quality and even has support for external sound cards, while a traditional desktop rarely does.

Plenty of Input and Output interfaces:

Additionally, if you are a vocalist, and want to produce your music right from the scratch you can also take benefit from numerous amounts of USB hubs and interfaces such as HDMI, thunderbolt ports, and Headphone and mic combo where you can connect your digital equipment like Mic and external speakers to get an edge over your competitors while producing your mixtapes.

Can I use the laptop as a DAW?

Yes, you can, but as compared to a gaming computer, the only edge you will be having is the feature of portability which is not enough since there will be plenty of trade-off in the component mentioned above as a laptop has an underclocked processor and lesser RAM capacity with lower frequency due to power conserving issues.

Moreover, a laptop cannot be upgraded in the future and lacks future-proofing support, which a gaming desktop doesn’t. So you are off to a good start if you are using a gaming desktop altogether.

Speaking of laptops, a MacBook is widely used in music production since it has a polished operating system and generally a well-rounded software available at your arsenal but you have to keep in mind that a MacBook has less software available as compared to the Windows platform where the number of Audio editing software is in abundance.

Gaming desktops are versatile machines that can be pretty much used by all sorts of content creators and my answer is wholeheartedly affirmative when it comes to the question: are gaming computers good for music production?

So go ahead and invest your hard-earned cash in a decent rig that will serve for the upcoming years and be assured you will be satisfied with your decision.

I hope this article has been highly beneficial to your journey to find a decent digital audio station and kindly do let me know if you have anything on your mind.