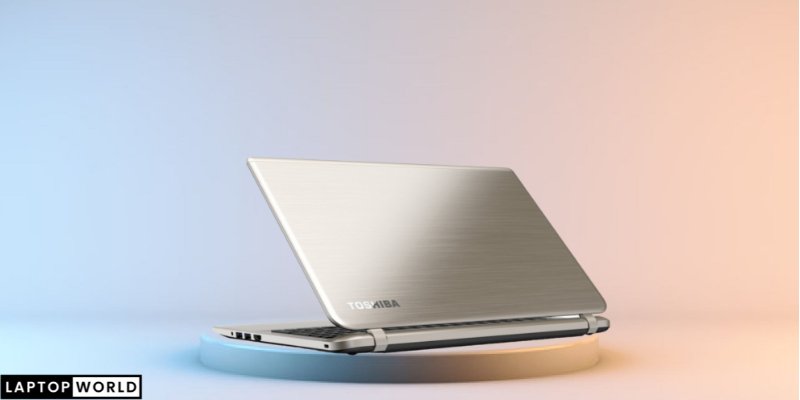 Capitalism has taken over our economy and every day there is a new brand that joins the competition and releases their product, however, nothing comes close to our favorite old-school Japanese brand which has pioneered its way into electrical equipment whether it is for commercial or industrial use.

Table of Content
Reasons to Look for in Gaming Laptops
Are Toshiba Laptops Good for Gaming?
Quality
Price to Value Ratio
Hardware Specifications of Toshiba Laptops
Resolution and Display Quality

The Japanese brand that started manufacturing its first computers in 1980 is no doubt one of the most reputable brands worldwide.

However, if you are an individual that is looking to invest in a gaming laptop and came across Toshiba laptops and suddenly has the question pop up in your mind “are Toshiba laptops good for gaming”? Let me assure you that the answer to your question is most probably far-fetched, due to a wide variety of reasons.

Although you should first know what makes a brand worthy for your investment to be viable for gaming.

Reasons to Look for in Gaming Laptops

Following are the things that you need to look for when purchasing your next gaming laptop.

Generally, as the term goes, don’t judge a book by its cover, usually is never being applied when it comes to buying a gaming laptop because more often than not, the design and looks are the first and foremost things that make gaming on a device much more appealing.

And if your gaming console is lacking in aesthetics, it fails to deliver the hardcore vibes you would otherwise require.

The topmost priority of a gamer is usually to save some bucks so they can invest in other things such as gaming peripherals which are equally important for a gamer. On the other hand, having great discount deals on gaming laptops tends to attract lots of consumers which is good for generating company sales.

This attribute satisfies both parties and is usually a win-win situation for everyone.

Hardware specifications are always something one should look out for because this is the factor that matters the most. Moreover, it is highly important for a laptop that you are investing in, to have top-of-the-line and latest hardware specifications because otherwise, you won’t be able to hit those high-end system requirements of your favorite Triple-A franchises.

These hardware specifications include a decent amount of RAM capacity, a multiple cores processor, and a massive dedicated graphics card to emulate the polygons and textures in video games.

Furthermore, it is wise to keep your hardware up to date so that your laptop won’t feel obsolete even after years of usage, which in the gaming category happens more frequently than you can imagine.

Nobody wants their gaming laptop to have a horrendous display and auditory output because that’s the most crucial aspect when it comes to gaming such as high refresh rate and stereo or surrounds sound speakers.

And if your gaming laptop lacks one of these features, you might as well be looking for an alternative as soon as possible.

Are Toshiba Laptops Good for Gaming?

As of now, you might have somewhat of an idea whether or not Toshiba laptops are good for gaming, but if you are still in the grey zone, let me break down some of the aspects of laptops from the Toshiba series.

There is no denying that a laptop like the Kirabook from Toshiba is one of the best laptops ever made in terms of quality and design, it has state of art finishing which doest feel cheap.

Let’s come down to basics, their high-end laptops in the gaming category have one of most the groundbreaking speciations I saw, let’s take their Dynabook Toshiba Tecra laptop that is highly portable with amazing battery life which makes them a superb choice for light gaming without having to worry about battery life.

But one thing you should consider is that the majority of gaming series of Toshiba tend to have bigger price tags which make gamers take an alternative route when it comes to investing in gaming consoles.

Considering Toshiba ceased manufacturing gaming laptops in the US in 2016 and globally in 2020, this comes as no surprise that it is hard to find a decent laptop that has the latest hardware specifications, this puts a blemish on their reputation and positions them in lower ranks when it comes to gaming.

Although some individuals that are on a budget might find used Toshiba models being a budget option, I would still advise you to look for the latest alternative brands like ASUS or HP when it specifically comes to gaming laptops.

Although Toshiba laptops generally have pretty display resolution with gorgeous output, they are usually locked at a 60hz refresh rate which is a feature frowned upon in the gaming community as lower refresh rates tend to increase input lag while playing games.

And for this sole reason, you can safely assume that the Toshiba laptops aren’t fit for gaming.

Is Toshiba a good brand of laptop?

The whole point of Toshiba going out of the laptop business is due to poor sales that were a result of almost no innovation and horrendous design.

Do people still use Toshiba laptops?

Since new Toshiba laptops aren’t getting manufactured nowadays, you could still find used or refurbished ones in the market, which people rarely use as they are kind of obsolete.

Toshiba, being a reputable brand from japan might be well known for nostalgia and top of the line design, but fails to be crowned the king of gaming, however, you can still play light video games with steady frame rates ranging from 30-40 frames but it is highly possible that you face plenty of input lag due to lower refresh rates which are merely locked at 60hz.

Moving forward, it is still up to you to decide that are Toshiba laptops good for gaming, but in the end, it all depends on the games you play and what are requirements, if you want to play games that are offline based, then you are better of with 60hz refresh rate display, however, if that is not the case, then you might consider looking for alternative brands.

Anyways, feel free to comment below if you have any queries in your mind as I would be much obliged to sort you out.