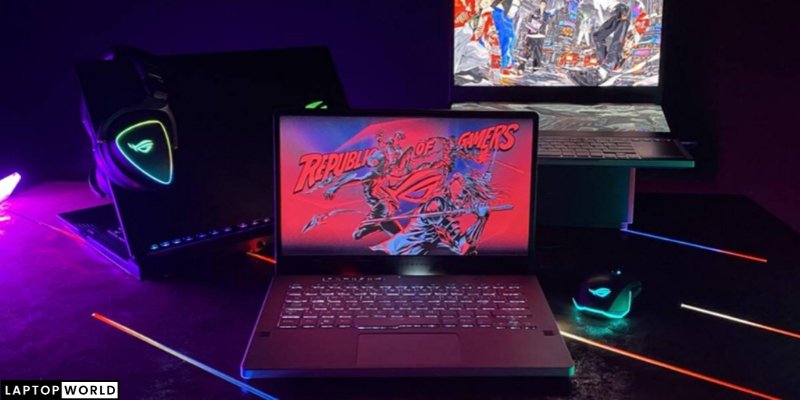 Gaming laptops have their own specifications. Whether they are worth it or not depends on your use, really. For example, if you’re an avid gamer but want something portable, gaming laptops are worth it.

Table of Content
Buying Gaming Laptops – Pros
1. They Are Highly Portable
2. Do Other Tasks Than Just Gaming
3. Investment for the Future
4. Gamers Always Need a Gaming Laptop
5. More Features than a Traditional Laptop/PC
6. The Support is Phenomenal
7. An Exceptional User Experience
8. Durable
Buying Gaming Laptops – Cons
1. They are Heavy
2. They Produce Considerable Heat
3. They Aren’t Cheap
4. Pathetic Battery Life

However, if you’re looking for a regular laptop with a good battery for normal tasks such as video editing, then buying a gaming laptop seems like an undue investment. So, before going for it, understand your needs and then decide.

1. They Are Highly Portable

As compared to a PC, a gaming laptop is very much portable. That’s because all the necessary components for gaming are under the chassis. They are small in size to that of the PC. So, it’s always easier to carry around a laptop than a PC.

The same is true for gaming consoles. They are not portable and they need external displays for you to play games. You cannot take them to your school or college. This is not the case for a gaming laptop.

2. Do Other Tasks Than Just Gaming

Laptops for gaming can do more than that. In fact, they are loaded with specs that could do anything you want. Edit a 4K video with ease, play games you like, watch media, do programming, or do a lot of other stuff. The laptop won’t say no.

With gaming consoles, you cannot do all that work. Yes, gaming PCs might allow you that liberty but then they are not portable.

3. Investment for the Future

These laptops can be upgraded – most of them. You have the outer shell with upgradable parts inside. In the future when new games are released and their needs exceed what you own, you will always have the freedom of installing new parts.

Therefore, buying a gaming laptop is an investment for future gaming. You won’t have to buy another one.

When you’re tired of playing games on your laptop, you’ll have the choice of reselling it at a better cost. That’s because gamers are always in search of a better machine. Considering the ever-increasing pool of gamers, your laptop will still have buyers – even if not in the top brass.

What you’ll get for your machine will obviously be less than how much you paid for it initially.

5. More Features than a Traditional Laptop/PC

As compared to traditional laptops and PCs, gaming laptops have more features. They come with dedicated fan controlling software, RGB keyboards, and extra RAM slots. Their displays also feature higher refresh rates with anti-glare technology and they are big on covering as much sRGB as possible.

6. The Support is Phenomenal

Since there are a lot of gamers on the internet, you’ll get immense support for whatever problems you’re facing. The same is true for the manufacturers. Their customer support for gaming laptops is more than that of the traditional ones. The reason for this is their price points. They are expensive.

These laptops are always top of the line. The manufacturers utilize most of their resources in making the user experience worthwhile. You could see an off-the-grid design; speakers designed by a well known audio company, and a lot of connectivity options that you may not even need.

You’d feel a clear difference in using a traditional vs a gaming laptop.

Unlike traditional laptops, gaming laptops are made with premium materials such as brushed aluminum or other metal. That prolongs their life as well as gives them a unique look. As soon as you lay your hand on them, you’d feel how rugged they are – they’re made for that.

Although the components are small to make the laptop as portable as possible, they are still heavier than traditional laptops. All those extra fans and a huge GPU under the hood add up to the extra weight. So, while they are portable, they are not as light as you’d think. The moment you put your gaming laptop in your bag, you’d feel its weight. It could go beyond 5lbs in some cases.

All that power in a single chassis has some drawback – heat. Yes, the laptops do have mechanisms to dissipate it, but honestly, they are nowhere near efficient to completely cool it down. Some high-end laptops even go beyond 100 degrees.

However, you should understand that it all boils down to how you’re using it. For example, playing Red Dead Redemption 2 on 4K would fire up all the systems to their max, thus, producing ample heat.

Because of this heat, you may not be able to use the laptop on your lap. You’d have to use a table at all costs, which kind of beats its purpose of portability.

At price less than this, you could easily afford a good gaming console or even make a perfect gaming PC.

The components in these laptops are all high power-consuming. After all, rendering graphically intense games is not a joke. No laptop battery could take that load, to be honest.

In fact, on average, a gaming laptop’s battery takes 4 to 5 hours before recharge. You certainly can’t rely on it if you’re buying the laptop to work and play.

Even though gaming laptops come at a hefty price, they are without a doubt well worth the money because of the fact how reliable and resilient they are due to their cutting edge specifications which makes them stand out from the crowd.

Gaming laptops definitely last long because they are made to have future-proof hardware which prevents them from going obsolete. Moreover, they are made from the highest quality material as compared to conventional laptops.

Is a gaming laptop better than normal laptop?

Almost in every aspect, a conventional laptop is inferior when compared to a high-end gaming machine, these aspects include but are not limited to, over-the-top hardware, next-level aesthetics, superb cooling system, innovative design, a plethora of ports, and exclusive software-based features.

Are Gaming Laptops Worth It – Conclusion

Gaming laptops edge closer to desktops in terms of performance and delivery. However, unlike them, they are portable and can also help you do other routine work when not gaming.

At the same time, as compared to a traditional laptop, they don’t come cheap. But all in all, buying them or not depends on your needs. So, if you’re an avid gamer and you also edit videos professionally but you don’t care about the battery life or its weight, then do buy a gaming laptop.