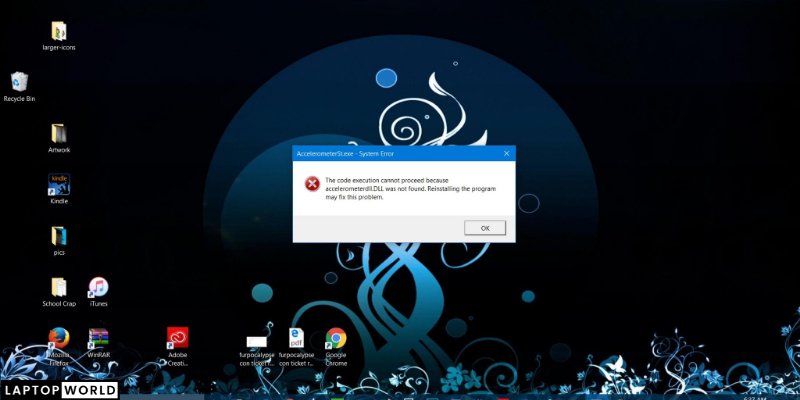 From the dawn of time, the operating system has been serving as a companion to computers; however, they are no doubt often cluttered with bugs and issues.

Since these devices are designed by human beings, which in itself isn’t a perfect machine and tend to make mistakes implies that computers are also prone to have bugs that are beyond the understanding of an everyday consumer.

Henceforth, it is no doubt that Windows 10 is an epitome of instability and optimization mess with every update released, the creator’s update of this operating system has indeed set a new record for being a buggy mess that nobody wants to deal with.

From “black screen issues” to “Accelerometerst Exe” popping up every time you boot up your windows 10, the list is huge and often tiresome to deal with if you aren’t tech-savvy enough.

So if you are an unlucky individual who had the honors to deal with the creator’s update and its whole host of bugs, especially the infamous “Accelerometerst EXE”, here take a peek at this guide on How Can I Fix Accelerometerst Exe on Hp Laptop.

Furthermore, it is highly important that you actually get to know the background of this error before proceeding, otherwise diagnosing this error might not be as effective due to a lack of proper information.

This super pesky and annoying error gets popped up in your face every time you boot up your system because of bad updates which are likely caused during the Windows 10 Creators update.

Apparently, windows messed up pretty bad and released a highly unstable update which was more of a poison than a vigor and caused plenty of weird issues and numerous program files.

Some of the corrupted files were VCRUNTIME140.dll library files which caused your system to give off Accelerometerst EXE error message onto the screen.

However, if that is not the case and you aren’t using Windows 10 or having updated it to the creator’s update, then chances are that you might have downloaded a beta version of the HP 3D DriveGuard which is software that protects the hard drive from damages from external stimuli.

How Can I Fix Accelerometerst Exe On Hp Laptop

Whatever the reason it might be behind this nuisance, there are plenty of methods to fix this issue, and I have carefully explained each and every method below.

Since it is quite evident that the HP 3D drive software is giving us a hard time, it’s about time that we uninstall the software altogether, here is how.

Windows has a lovely piece of software named System File Checker or SFC, which quickly scans for any abnormalities found in its core program files which are vital for your operating system and ensures everything goes smoothly as expected.

Sometimes the library files in your operating system might get corrupted, here is how you can fix it.

If none of these tricks mentioned above fixes your error, then don’t lose hope yet because this last method of fixing through the redistributable package might get rid of the issue.

Why does AccelerometerSt exe crash?

You might face sudden crashes of AccelerometerST exe due to the HP 3D DriverGuard program malfunction due to file corruption due to power loss or malware attack.

What is HP Drive Guard?

It is clever software that intelligently detects the shock or fall of your laptop and automatically parks the heads of your hard drive to minimize damage and reduce any sort of data corruption.

If you often find yourself mishandling your laptop, HP 3D drive Guard might be the best solution to protect your data and your hard drive altogether.

I can understand that dealing with issues is a little bit tiresome, especially if you aren’t too good with computers, which is why I have taken it upon myself to help my beloved readers.

And I hope after reading this article you now know how you can fix Accelerometerst EXE on HP laptop. If you still face any sort of issues, kindly do let me know as I would be happy to help.