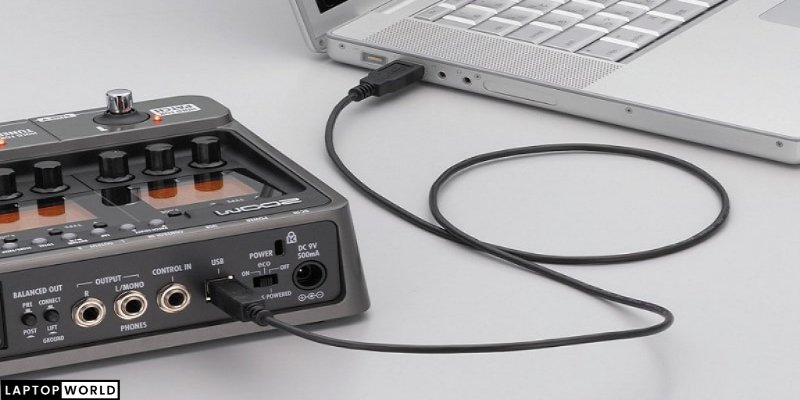 How many amps does a laptop use? Although it depends on multiple factors and varies with the product’s size, hardware, and configurations, etc., a regular laptop computer typically consumes anywhere between 0.25 to 0.9 amps an hour at 120 VAC. And some beast gaming machines can even eat up to 3+ amps/hour when under full stress.

Although that’s just a rough say in case you are really only interested in numbers, a laptop’s actual current consumption is what’s labeled on its adapter.

How Many Amps Does a Laptop Use?

As said earlier, there isn’t one certain answer to this query like yea, this much amount of current is needed for a laptop to run. But to give you a much straightforward idea of how many amps does your laptop want, I’d suggest you look at your original laptop power adapter.

It will tell you what’s the power draw of your device in amps. And you can also find the input/output power rating sticker on the bottom of your device.

Well, wherever you find it, just check the input power rating (not the power output). It’s almost always anything between 1 to 2 amps.

Now whatever amperage it is, like 1.0, 1.5, 1.6, or even 2, remember that’s the maximum current your laptop will (and it can ever) pull from the adapter. And it draws that many amps only when it’s under some extreme loads. Otherwise, it’s always less than the stated amps that your laptop eats and stays content with.

So if a laptop is rated at 1.0 amp (input), it will still extremely rarely draw that much current and will always be consuming something around 0.4 to 0.7 amps an hour max, on routine usage.

Why Power/Energy Consumption Varies in Laptops? What are the Deciding Factors for These Variations?

Laptops and notebooks, etc. are generally designed power-efficient because unlike desktop computers they have to run on battery too. So the amperage/power consumption of a laptop is approx. 80% less than a desktop setup.

So depending on their composition, there are laptops in the market that would consume as low as 30 Watts of power, whereas laptops that would even ask for up to 350 Watts as well.

There might be several other factors too, but the most significant one that decides how much energy a laptop would consume is the type of laptop you’ve been using.

How Many Amps Does Standard Non-Gaming Laptops Use?

Say you have a normal 14, 15, or 17” non-gaming laptop having no dedicated GPU, no multiple fans, a standard HD or FHD display, etc., it will consume anywhere around 0.4 to 0.6 amps an hour only, on normal use.

The consumption adds by battery level of 10-20% when it is also charging and cuts by two-thirds when the system is in standby mode.

So if that’s the case with a standard-sized day-to-day laptop, you can safely assume that a mini gadget like an 11” or 13” Netbook, Ultrabook, Notebook, etc. would ask for no more than only 0.2 or 0.3 amps.

How Many Amps Does Gaming Laptops Use?

Gaming laptops on the other hand, due to their stalwart hardware and premium configurations, are the greediest ones in the line. They pack high-end dedicated GPUs, multiple fans, and other cutting-edge cooling setups, up to UHD and 4K display panels, lots of ports, and much more.

These machines typically start with and go around consuming some 0.7, 0.8 amps under mild loads. But when stressed to limits, they start sucking power almost equal to a desktop system piercing out to something over 2.5 and 3 amps an hour as well.

How Many Amps Does a MacBook Use?

And finally, when it comes to Apple laptops, they are just unsurpassable in terms of energy-efficient PSUs and orderly configurations. Regardless of their make, model, and size, Macs always consume way much lesser amps than other standard laptops of their class.

How to Determine a Laptop’s Watts Requirement from its Amps: How to Calculate Amps from Watts?

Well, let me suppose you are a North American, and so the standard VAC in your state is 120V (at 60Hz). Now, if you want to calculate the wattage requirement of your laptop, here is how you can do this:

So the thing here is that you must know the standard voltage of your area as that’s something different in different parts of the world i.e. 120V in the US, 230V in most of Europe, South Asia, and the UK, etc. Plus, you must also know one of the two variables you are calculating i.e. Watts and Amps. If you have these two things, you can easily determine the power requirements of almost any electronic device.

And here I think I should end this debate now. I am pretty sure that you have now got enough explanation for this ever-controversial question “how many amps does a laptop use?”.

To give you a brief recap, the very first step in determining how much amps a laptop draws is to check out the power rating of the device. Check out the original adapter of your laptop or the laptop’s downside and note the input voltage-amperage rating from there.

Whatsoever amperage the laptop is rated at, just know that it always consumes much less than those amps for powering up. And that’s the extreme maximum amps your laptop would ever want.