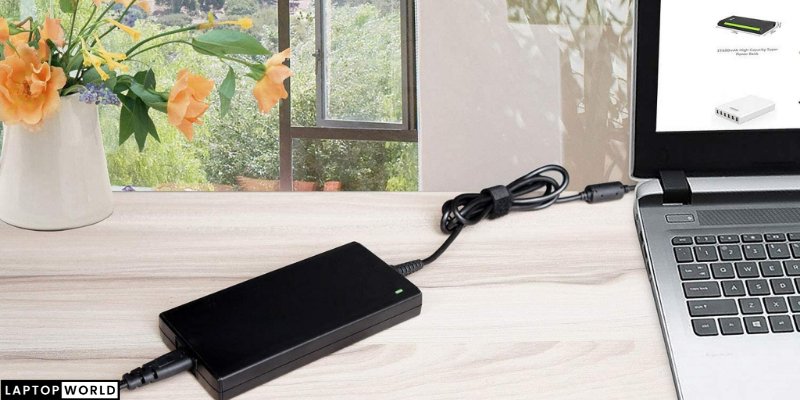 The answer is simple, the bigger the hardware, the more energy is needed, however, as per rough estimation for a decent everyday rig, somewhere around 60-70 Watts is needed and for a massive power-hungry beast, you can look up to power consumption somewhere around 180 watts.

This article is all about the laptop charger wattage. Now let me explain.

Well, there is no doubt that electricity is crowned as the major power source for literally more than 80% of world hardware devices in the world because of how efficient and snappy it is and there is literally no parallel to replace it, so far at least.

Speaking of electronic devices, a mere everyday piece of engineering like a laptop also uses said power source through a special adapter known as a charging adapter which filters and modifies the appropriate amount of electricity that would be needed to charge the said laptop.

Now you would be wondering, how many watts does a laptop charger use? Or how does it even operate? Well, let me tell you the logic behind it is mind-boggling yet very far more efficient than any other refueling processing you have ever seen.

Keep in mind that whether it is a MacBook or a windows based laptop, all of them usually have one power jack through which it can receive its daily dose of electrons and it is almost impossible for a laptop not to have an electrical power jack because all of them have to refill their power storage capacity in their lithium-ion batteries.

The only difference most laptops usually have is sometimes some of them either use a type C connector or a round pin jack to power their batteries. However, Type C power connectors are not only newer but also are miles better and way efficient in delivering power and minimizing energy loss during charging your laptop.

Contents show
Types Of Laptops And How Many Watts Does A Laptop Charger Use
1. Gamer Focused Laptops
2. Everyday Use Laptops (Office/Business/Home/School)
Is Faster Charging Worth It?
Heat
Power loss
Final verdict

Based on power consumption, there are two types of laptops

These are the type of laptops that generally have heavy-duty specifications and are obviously very power-hungry. They have over-the-top specifications such as higher core counts as well as a massive dedicated graphics card which is nowhere near energy conservative.

Moreover, to increase the aesthetics of the laptops, they have plenty of flashy RGB features such as keyboard backlighting that also requires power that you wouldn’t see on a standard laptop.

To compensate for other hardware used in it such as a unique ventilation system and bigger full layout keyboard, they usually have smaller battery cells that do not hold much of electrical current passed through the charging adapter, which makes them quite unreliable in terms of portability.

These laptops usually have Type C power charging adapters and usually support lightning charging or boost charge capabilities to charge the batteries as fast as possible. Their power requirement from the charging adapter is somewhere around 135-160 watts.

Some of these heavy-duty gaming laptops are Acer Nitro 5, Asus ROG Scar 15, and HP Omen 17.

Known as Standard laptops, which are used by the commoners, they are highly budget-friendly as compared to gaming laptops and are very portable to use since they are very lightweight due to consumer standard hardware specifications used in them.

Although they can be also used in business projects and other CPU-intensive tasks, they still tend to be quite power-friendly and are nowhere near as power-hungry as gaming laptops because they have plenty of features missing such as backlighting, dedicated graphics card as well as a uniquely designed ventilation system.

They are usually charged through either Type C or Round Pin jack power connectors which makes them quite the universal type in terms of powering up their lithium batteries; however, they often lack fast charging or boost charge.

However, as a silver lining, they have plenty of charging capacity due to bigger batteries so they can last way more than a gaming laptop which makes them highly portable in terms of daily use.

These types of laptops usually require 60-80 watts of power through a charging adapter, depending on the type of use and how big of the battery they often have.

Is Faster Charging Worth It?

It is common sense to acknowledge the fact that fast charging is a very viable technology that aids you well to cut down plenty of precious time so you can get back to work as soon as possible, however, it has its disadvantages.

Some of the disadvantages are:

Heat is the arch-nemesis of electronics. When electrons are passed through the charging adapter at lightning speed, things tend to heat up due to resistance in the power cord. Since heat is an inevitable byproduct, it can’t be eliminated through other means, and charging your laptop overnight might damage your battery life or shorten it by critically damaging its internal equipment.

For some individuals, this trade-off might not be worth it as fast charging adapters will almost always damage your hardware and there is no workaround.

There is no machine in the world that would have 100% energy output because it will always lose some form of energy through kinetic energy, so if your power adapter requires 135 watts of power to charge the battery of your laptop, then some of the power is lost during the process, especially during fast charging or charging through power banks.

You might have gotten a rough idea based on reading this short article that I have written about how many watts does a laptop charger use, and the power consumption is directly influenced by the hardware specifications a laptop usually has.

As your laptop’s power requirements grow, the bigger the adapter it would need, ranging between 135 watts and 170 watts depending on the gimmicks it has.

Having said that, I hope this article has been very helpful to you, and that you found it worthwhile to read. Feel free to share your thoughts in the comment section below.