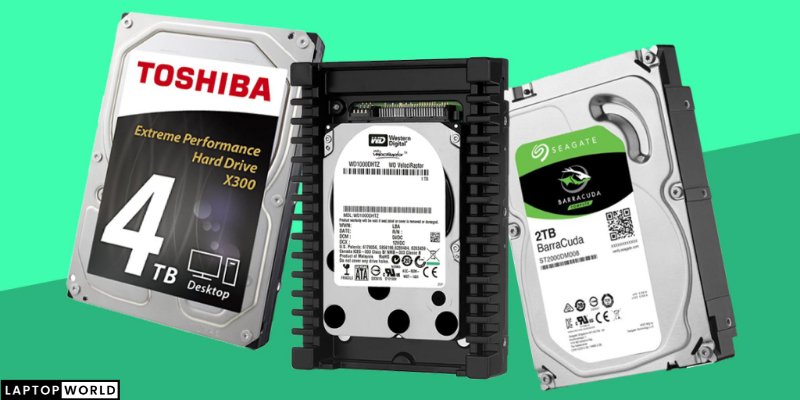 The gaming world is like a bottomless pit with no physical end, as every day newer games are released either being an installment from the same franchise or being built from scratch with completely different mechanics.

Table of Content
How Much Storage Do I Need For a Gaming?
Reasons Why Storage Should Be Adequate
Types Of Storage

There are plenty of categories for video games such as Roleplay strategy, First-person shooters, Online multiplayer, open-world games, and battle royale.

Each follows their own set of rules that revolves around their category, however with the advancement of time, not only do they require much higher computational power to emulate, but they also increase in their storage capacity, making you wonder, how much storage do I need for gaming?

Moreover, you also take into account that games like Call of duty black ops Cold war has periodic monthly or bi-monthly updates that roll out regularly with newer map update and fresh content that ranges from 50-100GB each, and if you don’t have ample storage space, you won’t be able to update your game.

How Much Storage Do I Need For a Gaming?

For casual gamers, the answer is simple since you would be only playing games to enjoy its story and delete it after its completed, however, if you are a hardcore gamer that wants to record their games, then get those Hard drives and Solid State drives stacked up because you would be needing a ton of space for gaming, recording, editing those gaming flicks, in short, get somewhere between 1-4TB if you fall into the latter category.

If you are a gamer that doesn’t have any issues relating to money can spend those bucks right as long as you are getting the premium speeds, then NVME SSD is the optimal choice for you. You don’t need to think twice before investing in it because rest assured you will be met with glorious gaming with little to no loading times.

However, if you are restricted on the budget, then SATA SSD is your way to go, however, having an HDD For the depository of your files is highly recommended.

So to answer your question, you need at least 500GB of SSD (the type depends on your budget) to house both your operating system files as well as your games and at least 2TB Of hard drive to store the games which you aren’t playing regularly or don’t have many load times in.

And if you also want to store your precious files and want to hit the sweet spot of futureproofing, then somewhere around 4TB of mechanical hard disk is your way to go, as it is not only cost-effective but highly beneficial in the long run.

You should also take into account that open-world games like Assassin creed odyssey, GTA V, and Fallout 4 relies heavily on storage state drive and run horribly on an HDD due to huge maps and plenty of loading screens.

For that purpose, you would need a storage capacity of at least 1TB Solid-state drive from a well reputable brand such as AData, HP, or Samsung Evo to efficiently run your game without running out of space anytime soon.

Reasons Why Storage Should Be Adequate

The reason behind games being getting bigger is due to high-definition textures and models being made with dense polygons to meet the ever-increasing demands of the gaming world, which is why you should invest some thought process while building your gaming PC because lower hard drives space will not only result in slowing down your gaming PC but will also lead to inevitable crashes.

Before you determine how much storage is sufficient to house all your favorite games, we need to acknowledge the type of storage that is used on a PC and how it can impact your gaming.

They are the fastest form of memory available in the gaming department, due to blazing-fast data transfers and read/write speeds ranging up to 1500mb-2000MB. They store files on flash memory and don’t have any sort of mechanical parts which makes them extremely efficient and less vulnerable to hardware failure.

They have a PCI-E interface that enables them to process data faster without having any delays. Although they have bigger price tags, so if you are on a budget, investing in higher storage capacity can cause financial problems.

SATA SSD has the middle child syndrome as it behaves just like an NVME SSD but has the interface of a mechanical hard drive, however as the name suggests, it doesn’t have any moving parts. They are significantly faster than a hard disk, while their speeds range from 550-600MB but much slower than an NVME Solid-state drive.

Although, given their price to value ratio, they are quite cheap and can be a viable option if you are gaming on a budget and want to enjoy those faster loading times and snappy operating system boot-ups.

Moreover, these are considered, budget gamers’ favorite picks because of how easily you can get them as compared to mechanical drives which are becoming obsolete by the day.

Mechanical Hard drive or hard disk is the oldest storage device as compared to the former storage parts and has mechanical parts like a reader and physical disk which has sectors allocated onto it. The head reads the sectors from the physical disk which rotates with a defined speed, which is known as an RPM.

Their SPeed ranges from 5400 – 7200 RPM  while having a cache of 64 – 256 MB depending on their model and size. They also have two types of recording technology CMR and SMR, which a traditional SSD generally lacks.

For your precious files and games, around 1TB of HDD space would be adequate. It is deemed necessary to have a 256-512GB SSD if you want things to be smooth and snappy.

Is 200GB enough for gaming?

200GB will not be enough for gaming, especially for newer gaming franchises where each update alone is around 10-15GB that releases almost every month.

Is 256GB SSD enough for gaming?

A 256GB SSD will no doubt house your operating system and a couple of games, but you will soon run out of it, so get at least 512GB SSD for some form of headroom.

As much as it sounds complicated, the answer to your query lies in the type of games you play on a daily basis, moreover, there is barely any difference when it comes to playing your games on different storage devices and you would only notice lesser load times in solid-state drive as compared to HDD.

So if you are a gamer that is scratching his/her head over such a question, how much storage do I need for gaming, just go for an SSD and HDD combination and store the games that you are currently playing on SSD and keep the rest in HDD. This data management will ensure you get the maximum benefit from your investment without running out of space anytime soon.