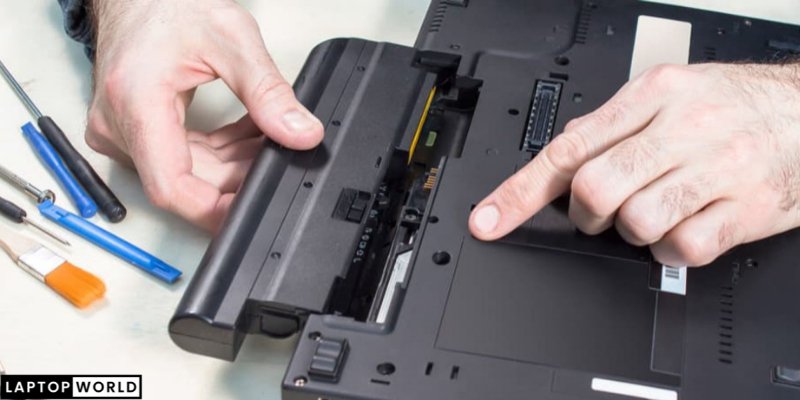 The whole point of opting out for a laptop instead of a desktop is that a laptop tend to have an upper hand of being extremely portable and you can take it almost everywhere, however, when its portability ratio suddenly hits a decline then you might as well be pondering over the fact that what’s the point of carrying a laptop with almost dying battery?

Table of Content
Factors That Affect Battery Life
How To Know If Laptop Battery Is Dead?
Through Windows Notification System
Unexpected Shutdowns
Horrendous Wear Level
Improper Calibration
Things To Do To Prolong Your Battery Life

Well, in today’s article, I would be covering how to know if laptop battery is dead and almost up to no use and it is time for a replacement since the battery is the first and foremost factor that affects the portability of the laptop and without it, it is pretty much the same like a desktop, hell, even worse than that since laptop tends to have underclocked specifications.

As much as I would love to get straight to the point, there are plenty of factors that serve as a culprit of the underlying cause of a weak or almost dead battery.

Following are the 3 main factors that affect battery life.

Are you working in hot temperatures and unbearable ambients over a longer period of time on your laptop? Well if the answer to this question is affirmative, then let me tell you that there is no point in pondering since heat and electronics don’t go hand in hand as heat drastically reduces the battery runtime of your laptop causing it to push it to the edge of inevitable death.

Moreover, poor ventilation is also the root cause of your internals heating up due to performing heavy-duty work which pushes your hardware to its limit causing it to work overtime by overclocking the frequency which produces heat as a by-product.

Just like every lithium-ion or polymer battery, a laptop’s battery tends to run on the logic of the charging cycle, and if you aren’t in the habit of keeping your electronics in the healthy routine of charging then you might run into problems sooner than expected.

To sum it up, most of the time individuals tend to keep the laptop charged overnight or leave it empty unintentionally, which ruins the whole calibration system of your battery life. This process negatively impacts the charging cycle which results in dead batteries.

One of the most overlooked factors of a fried battery is usually due to the fact that your laptop isn’t being fed the proper voltage that is specified by the manufacturer of your laptop.

This is either due to charging your laptop over a power generator that produces poor electricity with noise and ripples or a malfunctioned charging adapter that is either damaged or has bad cables altogether.

If you are a victim of any of these issues, then rest assured you have unintentionally killed the laptop components one at a time, starting from the battery since it is the first thing affected by poorly fed electricity input.

How To Know If Laptop Battery Is Dead?

Now the question is, how to tell if laptop battery is bad? Well, let’s move to the discussion.

The first and foremost thing you would notice if your battery has given up on you is through the windows notification system of your battery gauge, where it will have a “Red X” over your battery icon with a frowned upon statement written below as “ Consider replacing your battery” which is followed by “ Not charging” which means that no electrons are flowing through the cells of your lithium-ion battery.

If you aren’t welcomed with the warnings mentioned above, then consider that your battery is not 100% dead. However, it doesn’t mean that your battery isn’t on the brink of death when you are playing games or working on video editing software and notice a sudden blackout.

This fiasco of power being cut means your battery is no longer in its prime to stay put and you might as well consider it completely dead since it is time for replacement and your best hopes would be that your manufacturer warranty covers the issue.

Well, all these charging and discharging tend to take a toll on the battery cells of your laptop which is not only a chemical change but also a physical one which is termed as “wearing down”. If your battery hardware reaches horrible wear levels, it usually breaks down and doesn’t operate as it is supposed to, which implies your battery is dead.

In order to check the wear level, you can install third-party software such as BatteryInfoView, BatteryCare, or BatteryMon. These will diagnose the health and give you a rough idea of your battery life and its wear level in the form of a percentage.

And if the health levels are anywhere below 70-65%, consider replacing the lithium-ion battery as soon as possible.

Although it is common knowledge that batteries tend to lose their charging capacity after years of use, sometimes battery malfunctions tend to produce improper calibration of its level which are then displayed on your screen as a gauge.

The incorrect percentage gives you a false idea of your battery runtimes which result in incorrect charging times, causing your battery to hold a lesser charge than it is supposed to be, which makes you believe that your battery is up to no good use.

Things To Do To Prolong Your Battery Life

Well, battery life dying on you is inevitable, however, there are some precautionary measures you can take to prolong your battery for long-lasting results.

I tried to keep my article as simple as possible to help you better understand the scenario of how to know if laptop battery is dead or not and how to prolong its life. But be advised that there is nothing you can do to keep your battery going forever as it will eventually break down one day due to limited chemical changes happening inside it.

However, it is still best to take care of your electronics to prolong their life as much as possible.

That being said, if you have any problems or queries I would love to hear from you in the comments section below.