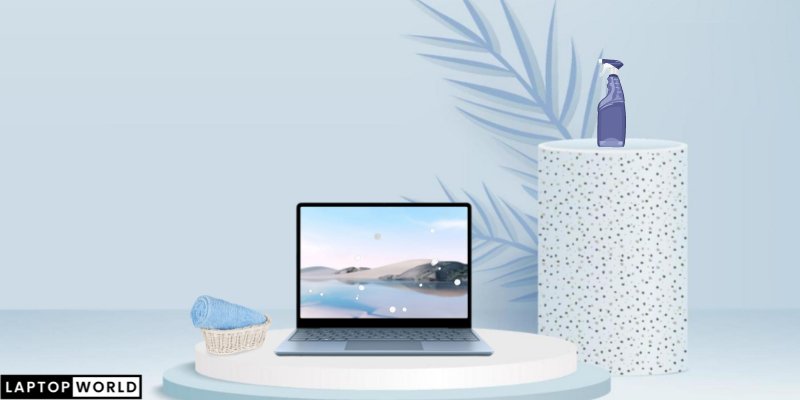 It’s the weekend, you are due on your assignment and you open up your laptop just to be shocked by small white spots randomly appearing all over the screen, as the operating system loads up you clench your precious laptop in your hands wondering would go away.

However, there is no sign of vanishing those white spots and now you are scratching your head and completely left baffled on how to remove white spots on the laptop screen which has just appeared out of nowhere.

Related: How To Remove Black Spots On Laptop Screen

The sight might seem scary because you have no idea what could be the main cause behind such a mess and the thought of buying a laptop is driving you into a mental breakdown.

But fret not, because I have got your covered by curating a brief article to give you a fix which might not be as efficient as a magical wand from Disney animations but be assured it would band-aid the whole problem in no time and all you have to do is follow the instructions.

Let’s be honest, if you were such tech-savvy you wouldn’t be here in the first place, which is why I would explain the root cause of white blemishes appearing on your screen.

The Root Cause of White Spots on a Laptop Screen

Well to sum it up, the top most culprit behind a pesky white spot appearing out of nowhere on your laptop screen means that you have, in some way, intentionally or unintentionally damaged the internal circuits of your screen.

But don’t panic yet, because that was just a worst-case scenario preemptive assumption and before we jump to a conclusion, there are still some factors that might introduce white blemishing such as debris, or a pixel that has been out of orientation which is resulting in abnormal color to project onto your screen.

Or maybe it’s the display driver of your laptop being malfunctioned and acting weird by portraying abnormal colors.

So to combat these issues, here are some solutions on how to remove white spots on the laptop screens.

How to Remove White Spot on Laptop Screen

Your best-case scenario would be to hope that it’s a software-based problem because it is very simple to solve, the steps are given below.

If you are out of warranty and a little tight on budget and don’t want to cough up any extra bucks on your laptop, then you can try massaging the area where white spots are appearing because it is one of the most effective methods to treat stuck pixels which are oriented out of their true position.

Pro Tip: Massage back and forth only on the area which seems to be malfunctioning because if you aren’t gentle enough you might spread the problem onto other regions which aren’t affected and possibly further damage your screen.

If the above steps don’t help you, then I would like to present my condolences to you that the internals of your laptop screen has met its untimely demise and needs to be repaired as you need to take it to the manufacturer and hope for the best that your problem is covered by warranty policies because this usually seems like a case of dead pixels or a dropping reflector present in an LCD being malfunctioned due to heat or external pressure.

Furthermore, you can also open up your laptop screen and fix the Dropping reflector or simply replace it, but that might void your warranty and I wouldn’t advise you to do so.

Why do I have a white spot on my laptop screen?

LCD screens usually have a reflector lens which sometimes becomes loose while you are carrying your laptop causing numerous white spots to appear on your laptop.

How do I fix the Mura effect?

It can be diminished with a controlled temperature or by simply turning down the brightness.

As much as I hate to admit it, the only possible and effective solution on how to remove the white spot on the laptop screen is by either taking it to your repair shop or replacing the model of your laptop altogether from the manufacturer.

However, if your laptop is old and its technical warranty has expired, you can try my methods that are briefly explained above. That being said, white spots have fifty chances to either disappear on their own or spread to other parts of your screen so if you are short on money, hoping for the best-case scenario seems to be a favorable option for you.

Anyways, feel free to let me know if you have any queries in your mind in the comments section below.