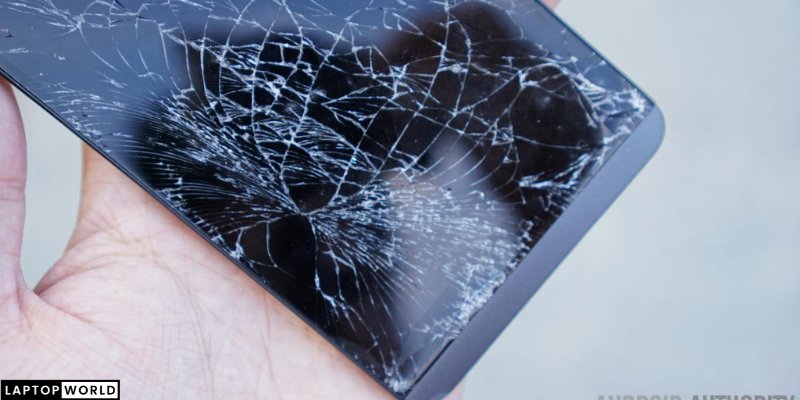 So, your iPhone’s screen has been shattered and the power button isn’t working? Now that’s some serious problem when you’re trying to turn it off. Worry not, however, because there are still some ways to do that without relying on the two. Here’s how to turn off iPhone when the screen is broken:

5 Ways to Turn Off iPhone Without Screen Or Power Button

Here are the 5 best ways that you can follow to easily turn off the iPhone without screen or power.

Assistive Touch is the name given to a virtual button on the screen. The iPhone lets you avoid physical buttons with this in case you’re too worried about messing them up in the long run.

Step 1: Tap on the Settings app of your phone.

Step 2: Enter into General and then Accessibility.

Step 3: Find Assistive Touch, tap on it, and activate it. After doing this, you’ll see a virtual button lining the screen. To reposition it, drag and drop it anywhere. However, it won’t stay in the middle of your screen.

Step 4: Tap on Customize to introduce new ways of locking and turning off your device.

Step 5: To lock the screen, tap on the lock screen button once. To turn it off completely, press and hold it.

The previous models of the iPhone do come with Home buttons, which is a novelty for the new models. You can use that to turn off the device.

Step 1: Locate the Lock/Unlock button on the top or to the right side. Press and hold it with the Home button you see in the middle of the bottom panel. Both should be held simultaneously for as long as the phone doesn’t turn off.

If you want to go one step further and restore the device before taking it to the repair shop, long press both the buttons when the device has been turned off.

3. Turning Off iPhone 6, 6S, and Earlier models Without Screen

I’m going to tackle the old models separately because they have separate ways to turn off when the traditional methods are unresponsive.

Step 2: Long press both together to turn off the mobile and when done, release the pressure.

4. Turn Off iPhone 8 and Newer Models Without Home Buttons

The newer models do not come with Home buttons as the previous ones did. Follow the steps below to still turn them off.

Step 1: Press the Volume Up button once to avoid long-press.

Step 2: Now do the same to the Volume Down button. Press and release.

Step 3: Locate the Sleep/Wake or the Lock/Unlock button. Press it for a few seconds until the screen first turns on to show the power slider and then it turns off. Afterward, release the button to avoid restarting the device.

5. Go To Settings And Turn Off Your Phone

Now if the buttons on your phone have stopped working for God knows what reason, but the screen is okay enough for you to access the menu, that’s good news. You can go to the Settings and turn it off without using any button.

Step 1: Tap on the Settings app.

Step 2: Select General and scroll all the way to the bottom to see Shut Down. Tap on it.

Step 3: You’ll see the Power Off slider on your screen that you can use to shut down your phone.

The last method on how to turn off iPhone without screen is to empty the phone battery. As a last resort, you could leave the phone running until it dies itself. That will take some time, maybe a day, but not more than that. Just be wise and don’t charge it if you want to turn it off. I did this once when my iPhone had similar problems. I left it running, practically forgot it until it gave away its last gasps of power. Then, I took it to the repair shop and the rest is history.

How Do You Force Shutdown an iPhone?

Long press the side button to see the power off slider. Drag it and wait for some time to let the phone turn off. This is the “traditional way” of doing it.

Now, on a former model, the iPhone 7, 7 plus, or so, press the Home and Volume button simultaneously until the phone dies.

That’s a lot of repetition but it’s for your own good. 🙂

How To Turn Off iPhone Without Screen – Conclusion

When the screen is broken, you cannot access the slider. But there are other ways of turning off the iPhone. On iPhone 8 onwards all the way up to iPhone 12 and iPhone 13, you could simply press the volume up then the volume down without long-pressing them, followed by long-pressing the Sleep/Wake button until the phone turns off. Read other methods listed above and you should be great to go.