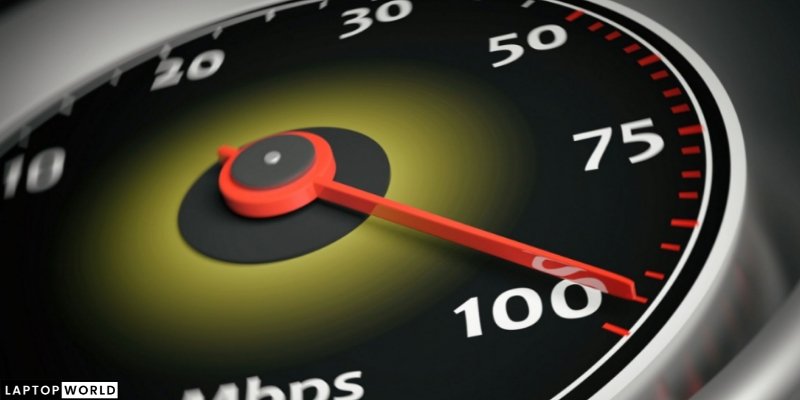 Gaming requires a lot of bandwidth for sure. You’ve to stay connected with your competitors and beat them at their own game. In doing so, it’s not just your skills that take you to the top but also your internet speed. So, is 100 Mbps good for that kind of gaming?  It sure is. But that’s a short answer.

Table of Content
How Many MBs Constitute a “good internet”?
How much time does downloading take on a 100 Mbps internet?
Buy separate packages for separate needs:
Connection stability is all you need:
Wireless Vs Wired Connection:
A word on the importance of low-latency:
The Cost:
Is 100 Mbps Good for Gaming? Conclusion

Read further to delve into the world of latency and bandwidth, and get to know what you need the most.

How Many MBs Constitute a “good internet”?

As a general rule of thumb, getting anything above 5mbps is generally considered good for day-to-day tasks and gaming. Of course, that doesn’t include the gaming athletes who compete with their contemporaries and where the internet speed proves to be more than crucial.

What makes an internet connection good also depends on the intensity of tasks that you do.

For example, for emails, searching, and watching HD online content, 5 Mbps is more than enough. However, if you’re sharing this internet with your family and everyone’s watching something, running their phones, playing games, then you need more than 5 Mbps. Maybe up to 50 Mbps.

To get an uninterrupted stream of 4K videos and multiplayer games with loads of downloads on multiple devices, 50 – 100 MBps would suffice.

And that is exactly where we should stop. A 100 Mbps internet would take you through your games just fine. I’m saying that considering that you don’t have a big family with big internet needs. If you’re 5 people and each of you has an unsatiated hunger for multiplayer games with other things, then you might wanna go further up in terms of speed. However, if you people would only play games, then it’s not bad to have a 100 Mbps connection.

How much time does downloading take on a 100 Mbps internet?

A 100 Mbps internet works well when you’re downloading files big and small. For example, downloading a 1TB file will take about a day and a small 50 to 100 KB file would only take a few seconds. That much speed does not keep you waiting and that’s exactly what you want.

Again, I’d say that you should take your family members and their needs into consideration before buying a package.

A 100 Mbps internet would let you play Call of Duty games with low latency. But you have to stay on the safe side as well. I’m thinking that you are a serious or professional gamer. And if you are, getting at least 25 Mbps for other needs such as streaming and work would make a huge difference.

You’d have the 100 Mbps for your gaming needs and the other one for your household’s needs. That is a win-win situation.

Connection stability is all you need:

Even if you buy a connection that gives you 500 Mbps but it’s not stable, you won’t be able to enjoy gaming at all. You’ll get peak pings at one instance and a complete drop at the other. The result? Stutters in your gameplay and a dwindling gaming experience.

You want a stable connection if you don’t plan on running into those problems. For example, a 100 Mbps internet means you’re getting at least 12 MB/s and that’s just perfect for gaming. But if this connection cannot stay stable on at least 2 MB/s, you’d get into the gaming nightmares I stated above.

So, keep in mind, look for an internet supplier that’s known for stability.

In terms of stability, there are a lot of things that come into play. That’s especially true for wireless WiFi connections. Even if you have WiFi 6 on your laptop or PC, there will still be some loss in stability to experience.

One more thing, fiber optics provide equal upload and download speeds. While you may not need the upload speeds to be more than your download speed, it is always good to have it peaked. That’s especially true when you’re working from home.

A word on the importance of low-latency:

No matter which connection you’re using and what type, it is important that it has low latency. Latency means a slight glitch or delay in your gameplay because of a drop in the internet speed. Even a 500 Mbps internet can have high latency and that purely depends on the supplier and the connection type you’re using.

Faster internet with low latency is the ideal connection to go for. You wanna see if the supplier has made other customers happy or not in those terms. One way to do this is to look for reviews online or in your local community to compare and contrast different connections to choose the right one.

As I said above, a fiber optics-based internet connection is ideal for low latency and higher speeds.

Going for higher speeds means you’d have to pay more. That’s no rocket science and you know that. Different providers have different rates and at the same time, they have different reputations. So, always choose carefully.

Is 100 Mbps Good for Gaming? Conclusion

The suitability of an internet connection for gaming and doing other tasks depends on many factors than just speed. You’ve to choose the right medium to reduce latency, consider how many people would use your internet, and the demands on the games you’d play.

All of these make a huge difference. Therefore, always be careful when choosing an internet connection.

If all of these conditions go in your favor, then a 100 Mbps internet would take you to a whole new level of gaming experience. You’d see fewer frame drops, fewer ping peaks, and reduced lag.

10-50Mbs is considered optimal download speed, however the more the merrier because a faster internet connection will drastically reduce downtime in loading times.

Yes, you will have a seamless and lag-free experience, even if you and your buddies are using your internet connection at the same time.