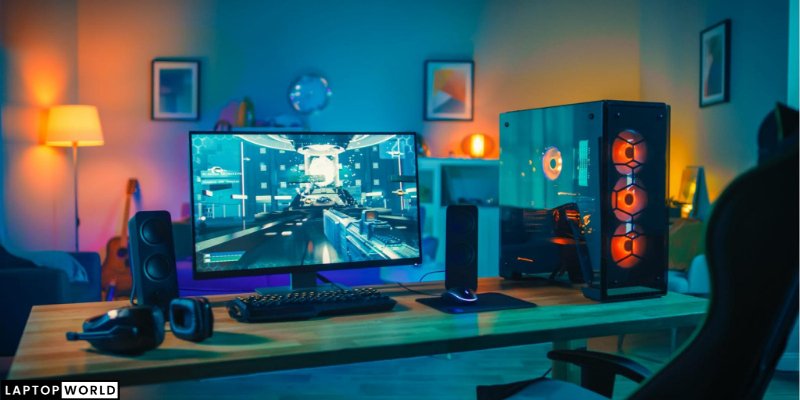 Being a gaming enthusiast, I get asked a lot by my peers is 12GB RAM enough for gaming? And my answer is always “yes” it is more than enough to quench your gaming desire for modern games, however, if you want to multitask all the time, then you might need to invest in some extra RAM capacity.

Table of Content
Is Bigger RAM Always Better?
What About The Gaming Content Creators?
Is 12GB RAM Enough For Gaming

Random Access Memory or RAM is a small piece of hardware that enables a computer to temporarily store data while it works on intensive tasks and calculations.

However, as more and more programs are in use by an owner of the computer, things tend to get a little exhausting, certainly.

And like every other resource that is known to man, Memory in computers such as RAM also has limitations and becomes contested if more and more programs are running in the background.

Speaking of programs, one of the most resource-hungry applications is games that require heavy-duty computational power to get decent performance.

And if by any chance you run off Memory RAM or don’t have adequate computational power, then there are higher chances you are wont to be having serviceable experiences.

That being said, if you are a gamer that wants to upgrade your PC or simply want to craft a new Rig in this quarantine period, don’t worry because I have got you covered.

Or maybe you want a rough estimate on whether or not new triple-A games may or may not reach your system requirements and want an idea if 12GB RAM is enough for gaming?

This article has all the answers you may need, just make sure you read it carefully. Here are some preliminary thoughts, of course!

Having a large capacity of RAM might be the wisest thing to have, however they don’t have a drastic impact if you are low on other computational units such as Graphics cards or CPUs.

Although the bigger capacity of RAM does help in getting a smoother and fluid multitasking experience, oftentimes games don’t benefit from it.

Because, most of the older generation and even some newer generation demanding games roughly require 6-8GB of memory RAM, so if you are a casual gamer, don’t worry much!

But you also have to take into account that operating systems such as Windows 10 or Windows 11 also require at least 2-3GB of RAM, which significantly reduces the headroom you might be needing to multitask through other applications.

Hey, I haven’t forgotten about my creative content creationist buddies who work day and night to come up with amazing gaming stuff because this article caters to everyone equally.

Keeping that in mind, if you are an individual that works tirelessly to create compilations and montages of gaming flicks in games like Valorant, Halo infinite, and Call of Duty Vanguard, then you might be needing some time beyond the limits of 12GB.

Why? 12GB memory RAM may be sufficient to run these high-enda games smoothly, but recording software such as Shadowplay and other software like AMD Radeon Screen recording does require plenty of RAM.

Moreover, since you would also be editing, streaming, and capturing videos on the Twitch streaming website, playing modern games on 12GB RAM wouldn’t reap any fluid gameplay.

And more often than not, you would be having frame stuttering which will heavily impact your gaming experience.

So, if you are on a budget, get yourself at least 16GB of RAM to seamlessly play your favorite games like Battlefield 2042, Deathloop, and Far Cry 6.

Is 12GB RAM Enough For Gaming

To sum it up, for budget gamers that like to play games for the campaign and delete it afterward, you don’t need to go any further in terms of upgrading your system Memory.

However, for anyone looking to meet their system requirements for upcoming franchises, I can confidently say getting a decent upgrade both in terms of memory and graphics card is necessary, to prevent your system from getting bottlenecked.

Or else, stutterings, chokes, and input lags are highly inevitable, and personally, if you have a decent budget or are getting additional RAM sticks on sale, investing in anything around 16GB to 32GB is highly recommended for hardcore gamers to enjoy them in Ultra Settings.

In the meantime, here are some games that would run decently with significant headroom in memory capacity.

These are some of the noteworthy recommendations for triple franchises that have gorgeous graphics and can easily be run under 12GB of RAM.

Is 12GB RAM good for gaming?

Yes, 12GB RAM is quite sufficient for light gaming to moderate gaming and you won’t have any problems even if you are running a couple of programs in the background.

Is 12GB RAM enough for gaming and streaming?

Gaming in itself isn’t that memory demanding, however, when combined with streaming, you might want to upgrade your Memory Specs, especially if you are streaming in higher resolution.

Yes, 12GB RAM is more than enough to play GTA 5 on medium to high settings, however, if you are installing mods, make sure you upgrade your system to at least 16GB RAM.

To sum it up, gaming is all about having the best hardware to get the most frames possible, however not every gaming title benefits from it and each has its own level of optimization in its coding.

In other words, if you are still wondering is 12GB RAM enough for gaming, reading the above-mentioned evaluation will get you a decent idea of where your requirements of specifications lie in terms of gaming.

I hope you had an amazing read, happy gaming!