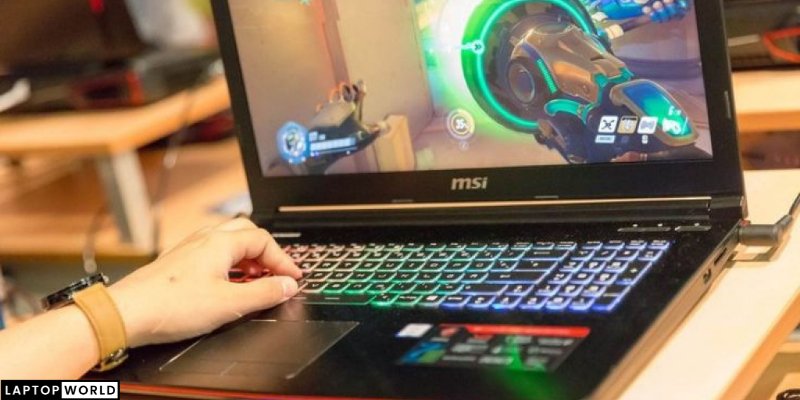 Introduced in 2009, the Intel Core i5 has been since powering mid-range laptops of various manufacturers. Currently, its 12th generation has been announced that showing how the processor has evolved over time to cope up with the growing demands of the general public – including gaming. So, is Core i5 good for gaming, especially, the newer generations? Let’s find out.

Table of Content
It’s in the Generation, Really
A Word on the Benchmarks
Intel Core i5-10600K – The Leader
What About the 11th and 12th Generations?
Go for the Clockspeed
A Word on the Importance of the Graphics Card
So, Is Core i5 Good for Gaming?

It’s in the Generation, Really

The generation of a CPU is basically its version released either in the same year or the next. The first two generations of Intel Core i5 were released in 2009 and 2010 respectively. The later generations followed year after year and now we have 11th and 12th generation Core i5 that even supports the built-in AI instructions of the Intel CPUs.

But not every generation is suitable for gaming, mind you.

For example, consumers no longer wish to buy laptops or PCs that have the 1, 2, 3, or even 5th generation Core i5 for gaming.

The reason for this is obvious – these generations do not pack a punch or support enough graphics rendering to let you play your games.

In fact, the Intel Core i5 processor 1st generation was not even marketed as a gaming CPU.

So, is core i5 good for gaming?

A Word on the Benchmarks

If the previous generations are not meant for gaming, are the new ones? This is the question you should be asking.

Answering it in a yes or no will be wasting your time, so let’s get to the benchmarks already.

I’m going to go with the PassMark benchmark from CPUbenchmark.com. Yes, there are a lot of other benchmarks but the reason why I choose this is because it gives an accurate depiction of the strength of a CPU regardless of the system. It ranks processors based on their performance by giving them a value called CPUmark.

Currently, the list is topped by AMD Ryzen 9 5950X with a whopping 46,165 CPUmark. That’s insane, to be honest, but so is its price. It comes at a $700 price tag. So, if you’re building a PC or thinking about buying a new laptop with the same, keep in mind this price.

Add about 16GB of RAM to it with a decent graphics card, and it will run games as you want it.

The list has not been updated as it seems, otherwise, it will have the new 11th and 12th generations of Core i5. But this does give you a general overview of how these CPUs are doing with the rest.

I will definitely term the Core i5-10600K a gaming CPU and it’s the best you can find among all Core i5 CPUs as of now.

What About the 11th and 12th Generations?

However, before completely disregarding it (which you should at this point), know that the clockspeed plays a lot of role in determining the power of the CPU regardless of the generation.

You just read one of its classic examples above.

Go for the Clockspeed

As I said, the speed of a CPU for gaming is all about its clockspeed. That doesn’t mean that you should be looking for a Core i5 1st generation with a gazillion clockspeed because it doesn’t exist.

The more you go up in the generation ladder, the more you become compatible to run the latest AAA games. You’ll also get better support from Windows if, let’s say, you’re running the 12th gen CPU than the 1st.

One example of this is the cancellation of support for certain models of Core i3 CPUs in terms of upgrading to Windows 11. Now, no matter how strong a version you’re using, you won’t get the treatment you’re getting if you use the newer generations.

A Word on the Importance of the Graphics Card

You may buy a laptop or build a PC with the best CPU out there, but if you don’t have the right graphics card, you won’t be able to play AAA titles with a full heart.

The equation is simple. Games are graphics intensive and they need dedicated processors to work. However, to get the most out of your card, you need a better CPU. The more powerful a graphics card is, the higher generation you should opt for.

That’s to make sure that you reap the full benefits of the card. Basically, the power or capacity of the CPU allows the GPU or graphics processing unit to realize its full potential.

For example, if your laptop has Intel Core i5 4th generation with NVIDIA GeForce RTX 3070, then you won’t be able to enjoy your games in 4K. They might play in 1080p but that, too, with subtle stutters and frame rate drop.

On the other hand, running the same card with Core i5 10th generation will render far better results. You’ll not only play games in high res but also at a high frame rate.

So, the importance of the graphics cannot be overlooked when you want to play well.

All of these cards have the power to play games like GTA V, Red Dead Redemption 2, and Hitman 3 at decent frames rate.

So, Is Core i5 Good for Gaming?

With the list of CPUs mentioned above and how it fares with other processors on the market, you can answer that question by yourself. But if we’re talking about the latest generations of Intel Core i5 – definitely yes!

The prices are relatively cheap and they will give you the bang for your buck. But if you want to game but don’t really care about the price, I’d recommend you buy a processor higher than the Core i5-10600K.

The newer 12th Intel Core i5 is quite ideal for gaming in 2022, however, make sure you also get a decent graphics card because integrated graphics cards aren’t fit for gaming.

Ryzen 5 series have more cores than the Intel i5, especially if you compare the older gen Processors which usually have considerably lesser Cache size than their Ryzen counterparts.

Is Ryzen or Intel better for gaming?

Ryzen produces better results in benchmarking as compared to Intel processors which are still far behind and needs improvement to compete with its AMD rivals.