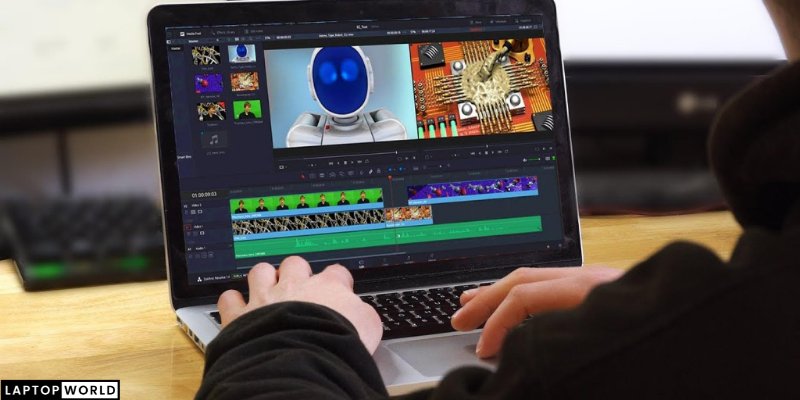 For starters, video editing apps highly depend upon the core count of a processor, which the Intel Core i5 suffers a lot in, especially if you have an older generation processor such as the 4th or 5th generation, which have two cores and no hyperthreading. Therefore, if you are planning to purchase an Intel Core i5, make sure to get at least the 10th generation.

The world is going digital which means more and more people are shifting towards creating content that revolves around media and cinematography.

And to emulate and edit that so-called data, computers with high computational powers and hardware are needed with a robust Central Processing Unit.

The Central Processing Unit or CPU is known for being the heart of the computer due to its vital role in performing crucial tasks such as calculation of data, algorithms and sending out instructions for other parts of the machine.

However, with the advancement of technology, data production requirements have changed in terms of quality, and higher picture resolutions and more pixels per inch are the norms.

That being said, to process such high-end data, the requirement of strong and robust computers or laptops is quite a necessity.

Now, if you are a beginner trying to dabble with video editing applications such as DaVinci Resolve, Adobe Lightroom, Pinnacle Studio, or Adobe Premiere Pro, getting the right tools like a decent laptop or desktop with a good CPU should be your first priority.

Perhaps you’re wondering: should I go with an Intel Core i5? Is i5 good for video editing? How quickly will it be able to process my data?

Well, keep on reading because the answer is much more complex than you think.

Is I5 Good For Video Editing?

Well if you want to do some light editing such as a standard resolution of 1080p getting yourself an Intel Core i5  is not a bad idea after all because it won’t be as straining as compared to editing a 4k or 8K video.

Furthermore, Intel Core i5 also is quite budget-friendly in terms of price to value ratio and usually finds itself in the sweet spot between Intel Core i7 and Intel Core i3.

However, despite being significantly better than Core i3 in terms of faster performance and clock speed frequency, Core i5 tends to be sluggish when it comes to editing video, here is why!

Not trying to be an AMD fanboy, but Intel Processors tend to perform poorly in a professional setup such as video editing and other media projects because they don’t have the right amount of Core counts.

Up until now, Intel 5th generation has 2 Cores with below-average processing speeds for processing of data, leaving it quite useless if you want to compile your video editing work on it.

Although one might argue that newer generations such as the 6-10th generation have 4 and 6 cores, they are still underpowered enough to withstand the heavy-duty processing work that needs to be endured.

In other words, Intel Core i5, whether they are a newer generation or from the older generation, are in no way shape, or form fit for Video editing.

Another bad news for my Core i5 users is that most of its mainstream CPU lacks Hyperthreading.

This means your processor cannot take advantage of the intel simultaneous threading features.

This feature enables the CPU to use more than one Core on a task to process it as soon as possible.

Without hyperthreading enabled, Video editing is an impossible dream for rookie freelancers that want to perform their tasks on budget desktops and laptops.

You might be familiar with the term Cache size, as it serves as the medium between your hard drive and RAM and temporarily stores data in order for your processor to read it as soon as possible.

And the bigger the Cache size, the better it will perform in heavy-duty tasks without letting the CPU bottleneck itself causing lag spikes and inevitable slowdowns.

When it comes to Intel Core i5 powerful processor, the story is bleak and shallow because even the newer generation Intel Core i5 such as i5-1135G7 only has an 8MB cache.

which is obviously quite less when compared to its rival AMD Ryzen 5 CPU which has around 32MB of L3 cache.

Which i5 processor is best for video editing?

Anywhere upwards 9th Gen Intel Core i5 would be more than enough to support video editing software without any sort of hindrance because these processors usually have at least 6 cores which are ideal for multitasking.

Is i5 8GB RAM enough for video editing?

I recommend at least 16GB DDR4 RAM in order to future proof your system/RIG because otherwise, you might be having issues such as system slowdown or stuttering because RAM resources are also used by background applications, so you have to take account of that.

Can Intel i5 run Photoshop?

Yes, thanks to its multiple cores and threads, Intel Core i5 is more than capable of running image editing applications such as Adobe Photoshop with no issue.

That being said, Intel Core i5 might not be the ideal processor chips for your hardcore video editing tasks, but they are still potent enough to be serviceable when it comes to 1080P videos. Especially if you invest in newer generation processors such as 10th or 11th as they have a higher core count.

On the other hand, you might want to take a look at AMD based  Ryzen 5 chips which have significantly higher core count and have hyperthreading technology known as Clustered Multithreading.

But they are also considerably expensive so in the meantime, stick with lower resolution video editing projects if you are tight on a budget.

That being said, I hope this article has been incredibly beneficial for you and you have found the answer to “ is i5 good for video editing”