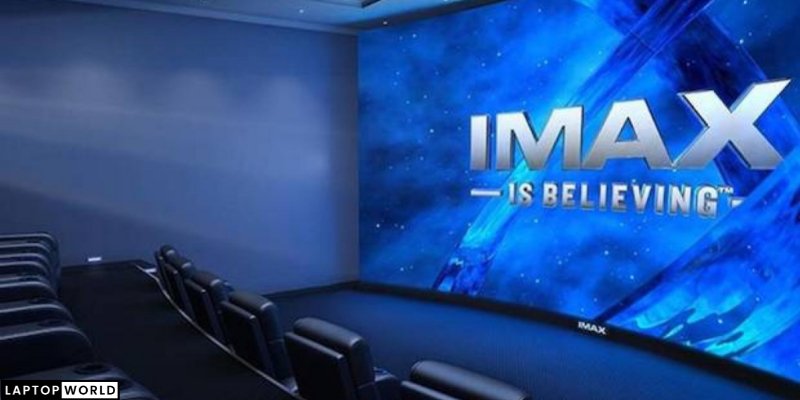 IMAX is synonymous with an immersive movie experience. It’s immersive enough to be better than the traditional theaters where the screen is centered on the wall in front of you. In an IMAX theater, however, the whole front wall is basically a gigantic screen. But still, is IMAX still worth it?

Table of Content
7 Reasons Why IMAX Is Worth It From My Experience
1. New And Better Technology
2. “True” IMAX Is A Thing
3. Because Christopher Nolan Loves It
4. IMAX Takes Action From The Set To Your lap
5. Larger And Better Glasses
6. IMAX Movies Offer Greater Resolution
7. It Plays Tricks With Your Brain (For The Good)
Does IMAX Have Better Seats?
Is Batman Shot In IMAX?

Answer: Yes, it’s definitely worth a try because of its 3D effect when playing a movie. The sound reverberates through the cinema hall. The seat arrangement is such that you feel quite near to the screen. Not to mention, the color accuracy, aspect ratio, and brightness of the screen truly bring the movie to life.

Long answer based on my experience:

7 Reasons Why IMAX Is Worth It From My Experience

here are some of the top reasons that you need to know.

In the 1960s, the IMAX was first introduced to the world as a better alternative to traditional movie-making and playing. When I say making and playing, I mean that they have equipment that shoots brilliantly aesthetic movies. The cameras are specialized to set the frames as per the specialized aspect ratio of 1.43:1 of the screen it is to be played on.

This gives the filmmakers the creative freedom they want to shoot movies that will appeal to the insatiable movie sense of the movie buffs. Let’s be honest about how they are lured by the aesthetics and cinematography as much as the story of a movie.

Takeaway: Traditional cinemas are a thing of the past. Why not experience 3D movies where they belong? To the 3D IMAX screens, that is.

What really makes the experience of watching a movie in an IMAX theater is whether it is the right one. I personally don’t understand why there has to be a distinction between a real and a fake IMAX. But since it is as lucid as the day, we have to take that into consideration.

The true IMAX has a special aspect ratio of 1.43:1. Almost the entire wall is a screen. If you want a targeted answer, then I should tell you that you should be looking for a 70 to 100 feet tall screen.

The brightness is uncanny. Whenever you look at a true IMAX, you’ll feel that it is brighter than the rest of the theaters. The other and more serious reason why you should be hunting for a real IMAX is the fact that the movies are shot by dedicated cameras. So, what you see isn’t normal footage refurbished to fit the screen but an actual film shot with the same calibrations.

3. Because Christopher Nolan Loves It

The movie Interstellar took everyone by surprise with its storytelling, not to mention, stunning otherworldly landscapes. Just imagine if a 2D format of the movie could blow your mind, what would a 3D IMAX version do? Imagine yourself as the third person POV watching Dr. Mann pushes Cooper off the cliff on a bizarre foreign planet. The feeling of being there with the actors on a giant screen is truly something to behold.

Takeaway: If Christopher Nolan loves it, you will too.

4. IMAX Takes Action From The Set To Your lap

Action movies such as Guardians of the Galaxy Vol. 1 and 3, Avatar, Jurassic Park, and San Andreas demand your full attention. But what fun is it when you can’t feel as if you’re there on the set, just a little shy away from touching the characters wreaking havoc or saving the city from unimaginable monsters?

The IMAX theaters give you that opportunity. It takes action from the set to your lap. The image-centered stories played on it keep your focus on what matters.

Takeaway: Care to have multiple goosebumps? Head over to the IMAX.

As compared to traditional 3D cinemas, the IMAX theaters demand bigger polarized glasses. While you may detest the idea of wearing big glasses, trust me, it is worth it. Your whole vision gets the treatment of a larger screen and there are fewer angles where you feel as if the screen is going blurry.

The screen itself is wide enough to discourage the blurring even if you tilt your head only slightly. Why would you tilt your head anyway? With a bigger screen, you don’t have to look left or right a lot to get the best of the action. That, too, limits blurring, and you are constantly adjusting to it.

Takeaway: Bigger glasses for a bigger screen means less looking to the left or right to adjust your viewing angles. Thus, the movie stays focused throughout.

So do you wonder if IMAX movies are 4K or 8K? Well, some of the “experts” argue that the screen isn’t 4K in reality. Instead, it uses 2K frames that give out a combined effect of 4K. Others say that if the movie is shot with 70mm film, then it bags more details than you could ask for. It could be equivalent to 8K. Some even go as to claim that the level of detail is close to 16K or even 18K!

No matter what the claims are, the fact remains that the IMAX theaters have exceptional details.

Takeaway: The movies in IMAX theaters are detailed. You’ll be looking at a 4K or 8K video.

7. It Plays Tricks With Your Brain (For The Good)

How does your mind perceive motion? Though your eyes, of course. When you’re watching an IMAX movie in an IMAX theater, the action is so vivid that your eyes send signals to your brain that your body is moving. Maybe that should explain why certain people feel sick after they’ve watched a movie in the theater.

Takeaway: Does IMAX make you sick? It could if you easily get motion sickness. That should confirm how the experience edges closer to reality.

Does IMAX Have Better Seats?

IMAX theaters are designed so that the seats are upright. They don’t bend easily but comfort-wise, yes, they are better. Make sure you get a center seat to avoid any sort of distortion that people sitting in the seats to the farthest sides experience.

Is Batman Shot In IMAX?

Is IMAX Worth It? Conclusion

IMAX is definitely worth it because it’s a relatively newer technology (although not very new). It has better sound quality. The theater is designed in a way that the majority of the seated people get a better picture and sound with minimum distortion. The fact that the movies are shot with 70mm film makes them inches close to 8K. The tickets are expensive but you should know that the likes of Christopher Nolan recommend IMAX.