MacBook Airs (old releases) used to be good for those mid-range (casual type) graphic design apps i.e. Photoshop, Illustrator, Affinity, etc. The latest MacBook Air (with beast M1 chip) is also undoubtedly ideal for all those programs. But, this one is one finest pick for “Final Cut Pro” too, devouring and demoing some unbelievable video renderings.

Macs have always been the ultimate way-outs for designers and an ideal solution to their kind of needs. It’s no secret that Macs have some classiest displays, matchless colors accuracy, and precision-level corrected images.

That’s why they are just nonpareil at getting you immersed in each of your screen moments. That said, their constructs too let the graphics virtuosos fall in love with them.

Best MacBooks for Graphics Design in 2022 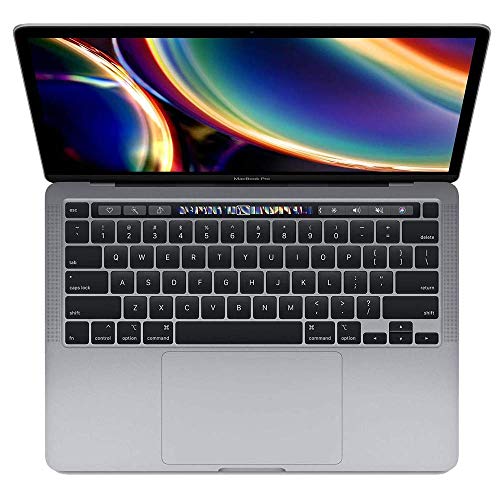 So, again, a Mac is often seemed to be the ultimate gadget choice by graphic designers.

But the question is, do every Mac device have the guts to go the vole? What about Apple’s laptop line? About the latest – the M1-chip-packed MacBook? Is MacBook Air good for graphic design things?

Let’s find out the answers.

Regardless of any previous releases in the Mac Air’s line, I would here be talking about the current beast release.

The M1 Chip MacBook Air has, across the board, taken things to a next level. It’s been powered by not that typical Intel processor but by Apple’s own ARM-based – whole system on a chip, setup.

Hardware requirements for designing applications mean memory and storage requirements, mostly and majorly. Because it’s one known thing that the designing software is the most RAM-hungry things on your computer. And yeah, they need an adequate space too, thus add SSD as well to the list.

So, the hardware requirements (RAM and SSD) vary based on the kind of programs you deal with. Some typical vector designing and photo editing software stay happy with those fair, mid-range specs.

So, here are those figures suggested by the begetters of these apps.

Tallying all these quick things i.e. mac’s specs and the hardware requirement’ details, here is my touch on it.

On, if MacBook Air can be a good option for graphic designers? If yes, for what type of designers? What are its pros and cons? And finally, my verdict, being a MacBook Air junkie.

MacBook Air is Good For

I am so much confident to say that this laptop has got all the guts and can stay finely smooth with the likes of these:

Considered that, the mac is hands down one best option for and quite easily meets the demands of lots of Adobe’s mid-range apps. Photoshop, Illustrator, Indesign, Affinity Photo & Design, Lightroom, plus other apps like CorelDraw, etc. are just a whole lot of fun to play with on this machine.

MacBook Air is (Absolutely Not) Good For

This Mac cannot run any of those other heavy video editing and motion graphics-related applications. Although MacBook Air 2020 has one beast of a processor, the primary requirement i.e. memory majorly is not in any way capable to run such programs.

If you are into such kind of graphic designing and more into Premiere Pro, After Effects, Adobe Animate, or Blender-like applications, this laptop is just not for you. In short, if you are;

Go consider some other option. Fritter a little more bucks and get some machine for yourself.

Some Noteworthy Pros and Cons of M1 Chip MacBook Air

All said and done, here are a few most notable things about this mac. Some matchless goods and some little beads. So, let’s have a closer look at some of its (added) striking details.

Pros – Why is it Worth for the Price

As mentioned earlier, this laptop nonetheless has an exceptionally fine interior for its price tag. So, the pros you get here include.

Although I have found not a single pixel any less than perfect, still, that`s what you must know about this mac. GPU setup here is integrated on the same CPU (M1 chip)

Can MacBook Air do graphic design?

The MacBook Air M1 series is designed to enhance your work experience, including graphic designing. The macOS ecosystem is so well optimized that you can still use the previous Intel chip variants even if you don’t own the M1 chip series.

Is Photoshop good on MacBook Air?

Definitely, from Adobe Photoshop to Adobe Illustrator, the Macbook Air can handle any intensive tasks at it without breaking a sweat.

MacBook Air M1 variants are the best at the moment, especially for freelancers and artists who enjoy creating content because of their remarkable battery life and exceptional performance.

Otherwise, for those maestro graphic designers, those doing everything that comes under the graphic designing umbrella, I won’t suggest this one.

Other specs being extremely ideal, the RAM and SSD of this MacBook Air don’t support that mighty videography and 3D modeling/designing applications.

So, for such high-ledge GD nerds, I would suggest going and kicking upstairs. Consider MacBook Pro or any other high-end machine having an all-right memory, storage, and a dedicated GPU. And, that’s it for all your queries regarding, “is MacBook Air good for graphic design?”.