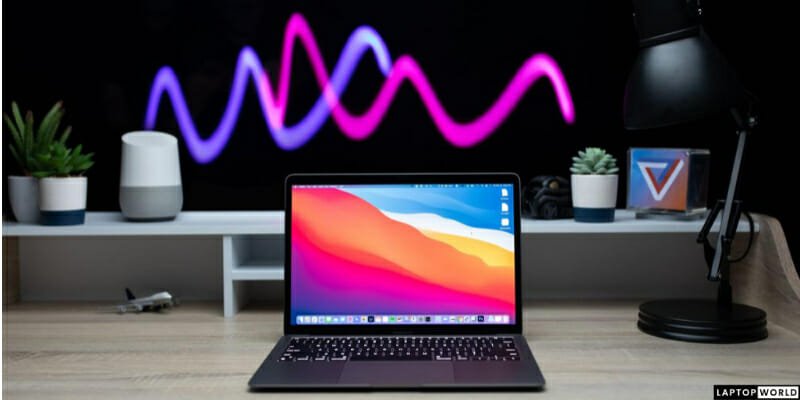 MacBook Air(s), except for the latest (2020) release, has never been a recommendable option for those pro-level programmers. That’s what I know being a Mac-geek. None of the previous Macs were good for programming things but just for some entry-level/beginner programmers’ requirements.

But again, all that’s true with the latest M1-chip-packed MacBook Air being in the exceptions list. Yea, it’s one beast of a release in Mac Air’s line boasting some extreme novelties, esoterically. And this one is now an ideal solution for all the programmers out there.

Well, until Dec 2020 i.e. months after its release, “MacBook Air” was still not a go-to option for programmers, etc. Not even this one, definitely. But, then some cracking things happened and finally, a MacBook Air got stamped one best laptop for coding/programming things.

Here is my detailed touch on the M1 MacBook Air based on my personal experience being a full-time programmer. Regarding how’s it a good option for and why do I vote this MacBook Air good for programming requirements.

As mentioned earlier, this new release was also never considered a good option for any pro software engineers, programmers especially till Nov or Dec 2020.

You could, till then, just use it for some basic tasks of yours. You could only use some entry-level tools and software. Most of the things you often deal with were not optimized. In short, it did not support much programming.

And none of these things were due to the ineptness of the system’s hardware, etc. but because of the lack of those needed backend optimizations.

The mac’s processor is one demon as compared to previous macs. It packs Apple’s own incredible M1 chip and not the typical Intel processors. This M1 setup promises fully integrated communication between each hardware component. Memory here is way much powerful than all the previous 8 gig RAMs. So, is the storage and all other things too.

So, what was required was those optimizations that a programmer needs in his/her laptop. And all those things were made available later on making the M1 MacBook Air one decent in-budget option for our lot.

Which MacBook should I buy for programming? (My Top Picks)

Is MacBook Air Good for Programming? – The Truth

So, yeah, I would say it’s one win-win decision if you are going for MacBook Air (the latest model) for all sorts of your coding and programming needs. Although there are a few lacks here still for a budget-conscious mac-geek, it’s, of course, worth considering.

Well, here are the positives and negatives in detail for you.

MacBook Air is Good for Programming Because

Now the question is can I use MacBook for programming? Well, before heading down to the crux, do consider that this mac comes in two SSD variants i.e. 256 and 512GB. So, if you are not someone who needs a lot of storage space for movies, songs, etc., then 256GB is enough for you based on what specs you get here. Otherwise, consider going for the upgraded one.

Anyways, here’s all that you need to know.

Some handiest third-party command-line utilities include “wget” – to check out your sites and download files from the internet. “grep” – to quickly excavate out some specified stuff from within a file. “sed” – to do multifarious text manipulations. And there are tons of others you can use here.

Homebrew can be now downloaded natively on M1 MacBook Air. If it’s still not working for you, you can download it via virtualization using Rosetta.

The problem arises when you already have an app i.e. created on any previous Intel Mac. For any such app, when you’d go for its unit testing on this M1 chip MacBook, you`d need to first convert and optimize it to the M1 MacBook protocols. Apparently, because that app utilizes the Intel Mac`s features.

So, you’d need to follow this: Search “convert XCode project to M1 Mac” on your browser. You’d then need to convert the app from Intel to Apple Silicon (Central). Perform a few further steps. And boom, your Intel app is now an M1 Mac optimized app.

If you are, say a beginner, programmer. You think you don’t know much about programming things and want to get professional assistance regarding everything about coding/programming. Or whatsoever, AlgoExpert is the ultimate go-to solution for you.

Tons of thanks to the platform for launching the “Mock Coding Interviews” setup now.

You can now instantly arrange a mock interview with any AlgoExpert professional (coder) or any of your programmer friends, etc. You can take more than enough mock interviews and eventually gain a lot of experience before going for your final (programming) job interview at any of your dream organizations.

Besides, there’s a consummate coding course available as well here. 130 coding problems there, are ranging from easy (beginner) to very hard (expert) complexity level. Each problem has a video solution so that you learn every single thing about your work. This is gonna mightily help you throughout your coding journey.

MacBook Air is Not Good for Programming Because

Here are a few reasons why I think it may not be a good option for programmers.

Only then would you start feeling issues with RAM i.e. lags and slowness, etc. Otherwise, RAM and SSD duo is one beast for your kind of needs.

Hopefully, these few “docker” issues too will be resolved anytime soon. Otherwise, you get everything that a programmer needs in a mac.

Is MacBook Air OK for coding?

Using Macbook Air for your programming and Coding projects should enhance your productivity as well as create flawless results because its operating system is so optimized that you won’t have any compatibility issues or any lags.

Which MacBook is best for coding?

The Macbook Pro M1 variant is tremendously good for coding and other complex tasks because it has the capability of handling intensive tasks like a Champ.

Not only is it sufficient for programming, but it is also efficient enough to make sure you get the most out of it with long battery life.

In conclusion, I would say M1 MacBook Air has got everything that a programmer’s laptop must have. No matter if you are a beginner or a professional programmer, provided that you are a mac-mad person, this MacBook is my ultimate laptop recommendation for you.

From being just good for some entry-level programmers’ requirements to being perfect for professional programmers, this mac has got some giant performance leap. It has got some noteworthy backend updates, optimizations, and defrags to best fit all the programming musts.

I have discussed all these “whats” and “hows” above in the article. Scroll up, give it a read, and I’m damn sure you too will have a “Big Yes” in reply to, “is MacBook Air good for programming?”.