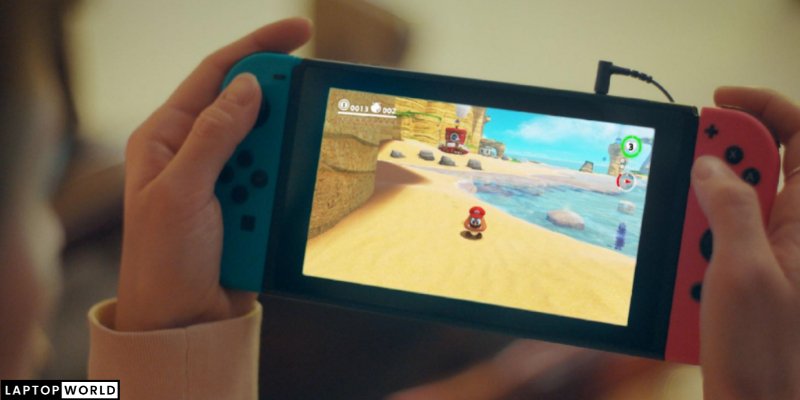 Here’s a quick question: “is Nintendo switch worth it”? Well, let me quickly answer you.

Table of Content
Is Nintendo Switch Worth It? The Truth
1. All For One And One For All
2. Take it Anywhere
3. Innovative Design
4. Wide Array Of Games
5. Massive Multiplayer Support
6. Extremely Budget Friendly

It is a well-known fact that it doesn’t matter which consoles you play your video games on because at the end of the day the only thing that matters is whether or not we enjoy it.

But when it comes to measuring the worthiness of a gaming console, all of them have their own flaws and strengths which counterbalance their values and help us decide which one is better.

So whether it is Xbox, PC, or PlayStation, all of them hold potent and equal performance points in terms of smooth and fluid gameplay with maximum refresh rate and higher resolution output.

But in the midst of console wars, there lies a small, versatile, and handy gaming handheld device that has much more to offer than meets the eye which is known as Nintendo Switch.

Although not being as powerful as the former consoles mentioned above, it still has plenty of attributes that will captivate your attention.

And calling it a gaming companion is more or less an understatement because it can play almost any game ported to it without having any sort of hindrance, on the go!

But hey, the question arises is Nintendo Switch worth it or not? Because why else would anyone intentionally buy it if it cannot compete with Xbox, PlayStation, or PC?

Being a valid query, it is my sovereign duty to answer it as briefly as possible without overselling it or trying to manipulate the numbers, here are some of the reasons why the Nintendo Switch is an underrated gem.

Is Nintendo Switch Worth It? The Truth

The following are five of the topmost reasons why the Nintendo Switch is one of the most beloved gaming consoles in history.

1. All For One And One For All

While every other gaming device tries to attract its own type of demographics and audience, Nintendo plays a versatile game which makes it an all-rounder.

It is quirky and stylish while having a minimalist design that attracts everyone’s attention while keeping the profile low.

Moreover, it doesn’t matter which age you belong to, it has such a unique design and interfaces that it can cater to almost anyone’s demographic, making it quite flexible, unlike any other console.

The reason why Nintendo Switch is considered consumer-friendly in the charts is because of the fact how easily they can be carried and can be taken almost everywhere.

With the “joy-con” attached, it weighs only a mere 88 pounds, giving you a battery span of roughly around 5 hours if you have the OLED version, which of course has better battery runtime due to the optimized screen technology.

This renders the Switch to be carried in any bag without causing any sort of nuisance, so you can use it to play your favorite offline or online games in boredom.

The thrid reason to prove that the Nintendo Switch is worth it is its innocative design.

Well, if the wireless connectivity and playing games on the go doesn’t suit your playstyle, you can sit back and relax and connect your Switch to a widescreen television and use the joy-cons as a gaming controller, just like you would with a traditional gaming console.

This ingenious design enables the player to create their own modes of gaming without having to feel restricted or limited to the boundaries of their gaming consoles.

The best part about Nintendo Switch is the fact that it has plenty of ports available for different games that were previously released for other gaming consoles.

This means you can play your favorite games without having to be glued to the same spot and share your states with Cross Connectivity.

Moreover, you can also play Nintendo Exclusive games such as Super Smash Bros: Ultimate, Zelda: breath of the wild, Animal Crossing: New Horizon, and Fire Emblem, which delivers a mouth-watering experience you cannot have otherwise.

Speaking of cross Connectivity, Nintendo offers a massive web of multiplayer support which connects all of its players into one gaming hub, where all your states, save game files, and achievements can be saved.

This further enhances the portability of the handheld device and enables the user to play their games without having to worry about losing their progress, no matter where they are.

Si “is nintendo switch worth it”? Well, here it my last reason.

While the pandemic causes the electronics market to cause a sudden spike in the influx of supply and demand causing inflation and increasing the prices.

Nintendo Switch serves as a messiah for gamers that want to play their games in peace in the comfort of their home without having to worry about availability or jacked-up prices.

While selling for only 299 dollars in the United States of America, the Nintendo Switch offers you the ultimate joys of gaming without breaking the bank.

Is the Nintendo switch worth it in 2022?

Definitely, Nintendo Switch is known to be immensely portable which makes them quite a powerful handheld gaming machine that caters to gamers in almost any game even in 2022.

Do you have to pay for a Nintendo Switch every month?

Users get a seven-day free trial period to play online, but after that, they have to choose between three packages: $3.99 monthly, 7.99 for three months, and 19.99 annually.

How long will the Nintendo Switch last?

Nintendo Switch devices last roughly a decade but only if it’s in mint condition, however, their battery life will diminish over time so you have to take cell replacement into account.

Nintendo Switch may not have heavy-duty hardware just like a desktop, but it can without a doubt deliver a jaw-dropping gaming experience you might not have otherwise.

Moreover, if none of these attributes attracts your attention, you can almost always be certain that you have exclusive games available in your arsenal such as the Super Hit Smash Bros: Ultimate, which is personally my favorite Switch game so far.

In the meantime, reading this article will surely give you a brief insight and if you are going for a financial commitment, I hope you have gotten an indisputable answer about “is Nintendo switch worth it”