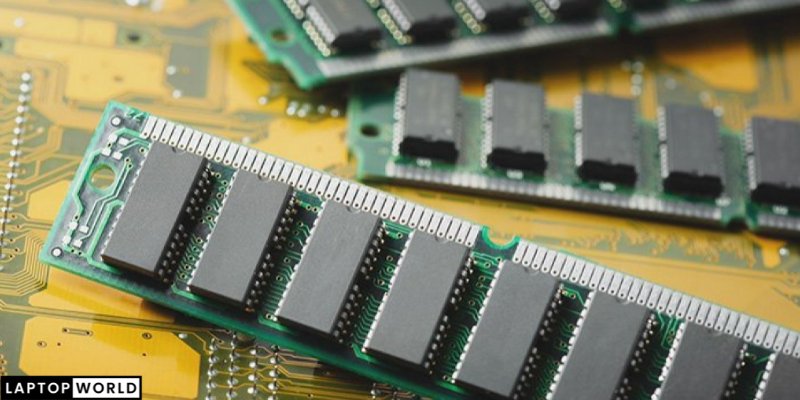 Technology has come a long way and we have to admire the fact how scientists and engineers work day and night to come up with something revolutionary and innovative to make our life as easier as possible.

Table of Content
What is RAM and How does it work?
Types of RAM
Laptop RAM VS Desktop RAM – The Differences
1. Size specifications
2. Slots or Sockets For RAM
3. They aren’t Interchangeable
4. Price:
5. Low Bandwidth in 32-bit Operating Systems

Since speed is of the essence of the 21st-century technological aspect, today we are going to shed some light on one of the major components of a computer or a laptop called RAM.

You might be wondering if both the laptop and desktop use the same form of RAM but that is incorrect and your way of thinking might be due to the misinformation you might have.

What is RAM and How does it work?

Random Access Memory (RAM) is a pivotal part of a System memory that stores memory but for a short period of time. As the name implies, it accesses Random memory which is then transferred to the CPU for processing purposes.

Although the data is stored in either a traditional hard drive or a Solid-state drive, it is usually slower if it is transferred straight from the hard drive to the processor, which is why RAM comes into play.

A RAM acts as a temporary medium between a processor and Hard drive or SSD to keep the processes active while it is powered and lost. It keeps your general applications on standby like Google Chrome, steam, DIscord active while you are not actively using them.

All these steps cut the downs load time for your applications so you can work seamlessly without wasting your precious time, so you can multi-task with multiple programs at once without feeling hindrance in your speeds

The most latest form of RAM is DDR4 technology which uses high-speed frequency ranging from 2133mhz to 4000mhz depending on the model and types it has been specified.

There is also DDR3, which also uses a much slower frequency and supports the older generations of Computers and laptops, their frequency ranges from 1066mhz to 1866mhz.

On the other hand, the oldest and rarest are now DDR2 which is more or less obsolete due to lesser compatibility and speeds.

Now that you have a general understanding of how RAM works and what its types are. Let us get down to business on what is the difference between Laptop and Desktop RAM.

A desktop RAM is a whole lot bigger than the one used in a laptop because there are almost no size limitations in a desktop. They have a much larger number of pins that correspond with the desktop socket.

These pins are 240 in total, making the size of a traditional desktop RAM somewhere around 4.5inches. They have measurement specifications of 100, 168, and 184 respectively.

On the other hand, due to space restriction in a laptop design, things tend to get a little shorter when it comes to a laptop RAM as it has a mere measurement of 3 inches and comes in 72, 100, and 104 sizes and the maximum pin count on the laptop’s RAM is 204.

2. Slots or Sockets For RAM

Speaking of the size restriction, a desktop usually has a motherboard that comes in three types ATX, Micro ATX, and Mini-ITX. Since these motherboards have different form factors depending on their measurements, they tend to have more slots ranging from 2-4 slots to house more RAM capacity.

As more capacity is added, the speed increases and they work in correspondence with each other called Dual Channel memory.

However, the story for laptops is quite different, since there isn’t any special type of motherboard specifications, it is only restricted to using a universal motherboard and can only fit RAM capacity up to 2 slots, due to space and power restrictions.

Before you have any funny thoughts on saving money, let me tell you that desktop RAM is not near compatible with the one used in a laptop since they use different form factors.

As mentioned above, the size of both RAMs isn’t the same as the Desktop RAM has a DIMM Form factor while a laptop uses a SODIMM form factor.

As SODIMM is much smaller than a DIMM-based RAM, the difference between these are like Day and night as SODIMM lacks features like ECC and REGISTERED, which cannot be integrated onto a SODIMM RAM due to lack of space and size.

You must be wondering why I mention the fact about saving money and cutting corners. It is because a desktop RAM is usually way less than the one used in a laptop because a Desktop can house RAMs that are universally fit in almost all computers.

However, that is not the case because, for a laptop, RAMs are usually carefully designed with plenty of thought processes put into it such as conserving battery life and in order to dissipate heat, they generally have unique heat sinks which cost money, that increases their price tag.

If you are an individual that uses a laptop with the 32-bit operating system, then you are in for a rough time, since a laptop BIOS settings only support RAM caption up to 4GB which is 50% lesser than the counterpart, which has 8GB support.

So if you are thinking of upgrading your memory in the future on a 32-bit laptop, you might want to consider this factor of memory limitation.

Yes, Desktop RAM is more efficient and has better frequencies as compared to laptop RAM, moreover, they also have different dimension specifications and pin counts.

Do laptops use the same RAM as desktops?

Nope, since a laptop has a size restriction, their hardware also suffers from constraints such as size compromise which is why their memory RAM is also quite thinner and smaller compared to traditional desktop RAM which has much beefier components integrated into them.

Laptop speed is directly proportional to the RAM capacity and speed that is installed in your laptop. The higher the memory capacity, the better the output and computational power.

Although RAM is a crucial aspect that increases speeds, it is equally important to know how they work and how Laptop RAM vs Desktop RAM is different and what sets them apart.

And you must have noticed that a desktop has much more upper hand than a laptop while a laptop has to trade so many things in return for portability.

By fret not, my thorough researched article will help you guide you on how these things work and I hope there was no confusion while reading it because I have kept it as simple as possible.

Kindly do let me know if you have any queries in mind and feel free to comment below.