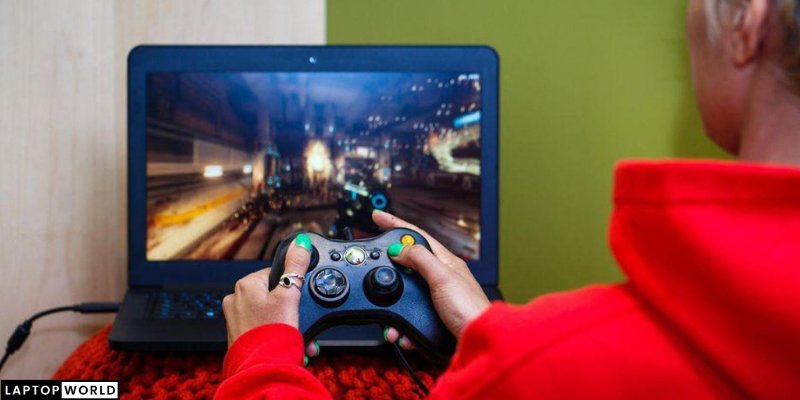 When your laptop stops charging during gaming, several things could be at play. Either your cord, adapter, or battery are at fault, or some internal component has lost its way. To see what is stopping the battery from getting charged, remove the battery and connect the laptop to the charging cord. If the laptop turns on, it’s the battery, otherwise, we’d have to dig deeper.

Table of Content
See if you’re plugged in
Are you using the right USB-C port?
Are you using a compatible charger?
Check the cord/wire for potential burns
See if the connector is solid
Cooldown your system
Set low battery level accordingly
Go to Device Manager and update the drivers
Buy new cords
When all fails, take the laptop to repair
What if it’s just during gaming?

Dig deep with me.

See if you’re plugged in

Once everything’s in its place and the laptop’s still not charging, change the socket or electricity outlet to see if the one you’re using transmits power.

No luck? Move on to the next one.

Are you using the right USB-C port?

There are two types of USB-C ports these days. One is used to transfer data faster than the USB-A and the other is used to power your laptop. You’ve to know which one is which. If you don’t, research a bit on the internet about your model. Otherwise, test each port to see which one is used to charge the laptop.

Are you using a compatible charger?

Sometimes we just plug any charging pin that fits into the charging port of our laptop. That may or may not work because the charger you’ve connected might not be powerful enough. This means that every laptop has its own power requirement.

This mismatch usually occurs when your laptop uses a Type C charging port. Yes, you should be able to plug in any kind of Type C or PD, but the question of wattage still remains. So, if you’re connecting anyone else’s charger, do see if it’s powerful enough to charge your laptop.

Check the cord/wire for potential burns

The problem may be in your charger’s wires or connectors. Move your hand along them to feel any burns. They could break the small wires inside, thus, rendering the whole charger useless. Also, check if the connecting points are all intact. Frequent usage can fray them.

See if the connector is solid

The connection between the charging pin and the port should be solid. You should either hear a thud when you connect your charger or feel like slightly forcing its way in. If that’s not the case, take something small and woody like a toothpick to clean the insides of the port but not vigorously. Try connecting it again.

Doing intensive work on your laptop like playing a graphics-intensive game can take temperatures up to the point of overheating. This could have potentially triggered a response from the battery and the computer itself. You could have experienced an unannounced shutdown or just the fact that the battery isn’t charging. In case you have overheated the laptop, unplug and shut it down, keep it aside to cool it off, and then try again.

Go to the power settings in your laptop and see if you’ve kept the low battery level at a high percentage or you’ve brought it down to a very low percentage. Both these situations could cause trouble for the battery as it’s considered empty when the designated level reaches.

Go to Device Manager and update the drivers

Update your drivers if they aren’t updated by Windows automatically. This would make sure that there are no software issues that’s causing the battery to not respond to charging.

Search for “Device Manager” in the Windows Search and update the driver for the battery.

If the laptop was turned on when you removed the battery, then you don’t need to buy new cords. On the contrary, buy new ones from Amazon or your local store and try charging the battery with them. They’ll cost you less than buying a new battery. Using new cords will save you from that cost in case they work. That would mean the problem was with your charger, after all.

When all fails, take the laptop to repair

Even after changing your charger, removing the battery, updating the drivers, and tweaking the power settings your laptop still doesn’t take charge, then it’s time to take it to the nearest tech support. They’d check the insides for minor problems like a burned transistor, circuits in the motherboard, damaged battery sensors, and so on.

Worry not, however, as that wouldn’t take a lot of time and money. Your laptop still works but it’s not charging so they go to find out why.

What if it’s just during gaming?

Follow the same ways I mentioned above even if the charging only stops when you’re playing a game. The reasons for why that happened are many – one of them is that the charger might not be able to meet the power requirements of your laptop when it’s performing heavy tasks like playing a AAA game.

Should you charge your laptop while gaming?

Since batteries overheat a little bit while charging them and performing heavy computational tasks on them, it is advised that you use a decent cooling pad as well as place your laptop in an air-conditioned place where it won’t affect your hardware from thermal throttling itself.

Is it bad to leave your laptop charging overnight?

Most newer laptops are designed to stop charging when they reach 100%, so leaving them on overnight won’t be an issue. However, if your laptop is older, you should avoid such habits to prolong its battery life.

When your laptop stops charging when you are gaming or even when you’re doing ordinary tasks, know that there could be a problem with either the battery, the cord, or the inside components. You have to check them one by one to confirm the cause and then go on to solve it. For example, change the battery if the laptop turns on when you remove it, make sure there are no software issues by updating the drivers and tweaking power management, change the cords to see if the battery starts charging, and finally, take the laptop to tech support when everything else is okay.