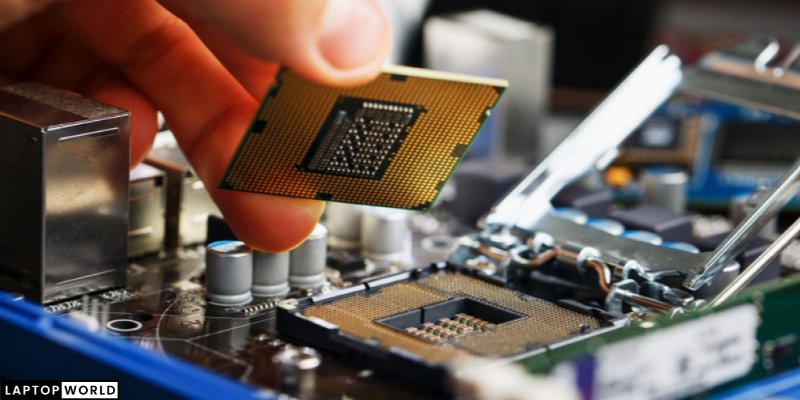 Out of every possible nightmare a human being can have, one of the most unimaginable pains a computer geek can go through is any part of their computer such as processor failure.

Because not only is it time-consuming to diagnose the whole issue but it might also put a dent in your bank if by any chance the component that is failing or has failed does cost a lot.

If by any unfortunate chance you yourself had met the fate of having the worst-case scenario of your CPU or Central Processing Unit dying on you, then you got some bad news at your hands.

But hey! Before you jump into the bandwagon and actually go for the purchase of a new CPU chip, you have to make sure that your computer is indeed showing signs of CPU failure.

Don’t know how to diagnose those signs yourself? Well, worry not because you are in the right place buddy, just keep on reading the article and get your fingers crossed that you are having none of the signs mentioned below.

But if by any chance you do find out the grief news, chin up because it might be time for an upgrade.

Contents show
Few Signs Of CPU Failure
1. Blue Screen Of Death ( BSOD)
2. Black Screen Or No Signal
3. Lag Spikes And 100% Usage Of The CPU
4. Heat Damage Around The CPU Chip
How To Prolong The Life Of Your CPU
1. Providing Proper Cooling System
2. Keeping An Eye Out For Power Input
3. Cleaning And Maintenance
Bottom Line

The Central Processing Unit is the most critical part of your computer or laptop and without it running in its optimal state, you might find yourself in a pickle.

Almost all actions and instructions are performed by the CPU as it handles the whole host of the livelihood of other parts of the computer and makes sure everything is in check.

Any malfunction in the CPU will cause it to crash or give you indications that are close to abnormality. Here are some of those signs you might want to look out for.

Blue Screen of Death or BSOD is the arch-nemesis and the biggest nightmare of any computer enthusiast because it is often caused due to critical failure in the system.

To further simplify it for you, it is the type of bluish screen with multiple codes and error reports you see after your windows computer crashes.

Although there is no denying that BSOD can be caused due to various reasons which range from improper or bad driver installation to data or boot image corruption.

But if you are frequently having the misfortune of crashes and having a blue screen, then it might be the apparent sign of your CPU failing and meeting its untimely demise.

Note: If by any chance you are rocking the newer versions of Windows such as Windows 10 or Windows 11, it would be more of a light blueish screen to be precise.

2. Black Screen Or No Signal

Unlike the blue screen of death, this error is a little different and you will be having it when you boot up your computer rather than witnessing it in the form of a crash, while you are performing your tasks.

This black screen or no signal error indicates that there is no POST test happening or having some sort of malfunction in its circuitry.

Since the “POST test” or “Power on Self-test” is a form of regulation your CPU performs to make sure everything is in its right place without any form of abnormality.

If this diagnosing method detects any error in its hardware due to CPU malfunction, it will not boot up your system giving you a black screen.

While this may not be as scary as the other two signs mentioned above, having frequent lag spikes and 100% CPU usage can also be signs of CPU failure or malfunction you may not want to have.

If you have the misfortune of your system getting constantly frozen in place and preventing you from doing any other tasks.

This means you might be having a serious problem at hand because your CPU is Struggling and is displaying signs of dying on you, anytime soon.

4. Heat Damage Around The CPU Chip

You might know from the fact that computers and laptops tend to generate some form of heat as a byproduct through the consumption of high voltage power.

These heat levels increase when more and more strain is imposed onto the hardware and when there is no sufficient cooling system to dissipate the heat, you might as well be frying your whole system.

By opening the side panel of your desktop or unscrewing the back panel of your panel, you can take a look at some signs of unimaginable heat that might have damaged your CPU resulting in its death or malfunction.

How To Prolong The Life Of Your CPU

While it is evident that you cannot fix the irreversible damage caused to your CPU, it may be wise to take some precautions in order to prolong the life of your hardware.

It is textbook knowledge to know that the lesser the heat generated the better your hardware health would be.

And in order to remove the unnecessary or extra heat from your system, having an ideal airflow with a decent cooling system is highly advised, as it can do wonders for your hardware.

Moreover, you can also use a decent thermal paste from reputable brands such as Arctic MX-4 or thermal grizzly Kryonaut in order to replace your stock thermal paste to achieve better results in terms of temperature control.

2. Keeping An Eye Out For Power Input

One of the main culprits of having your CPU fail is the fact that you aren’t having a clean source of power input available to your desktop or laptop.

Try not to use any other brands of charging adapter for your laptop other than your own, or check if the cable is intact or doesn’t have any visible damage due to wear and tear.

And if you own a desktop, you can always invest in a decent power supply that has at least a gold rating in order to keep you safe from power surges and short circuits you might be having.

As dust and debris pulled through the exhaust system tend to clog up and sit on your crucial components, it is highly necessary for you to take some time out of your routine and use isopropyl alcohol and a microfiber cloth to clean out any dust lying on the internals of your hardware.

This will ensure not only give you the best temperature level possible but also make your desktop or laptop looks nicer.

Being a gamer and a computer nerd, I can very well imagine the pains of having your computer or laptop die on you. But having said that are some ways mentioned above to prevent the signs of CPU failure and prolong the life of your computer.

In addition, I am happy to help if you have any questions and I’d love to hear from you in the comments section below.