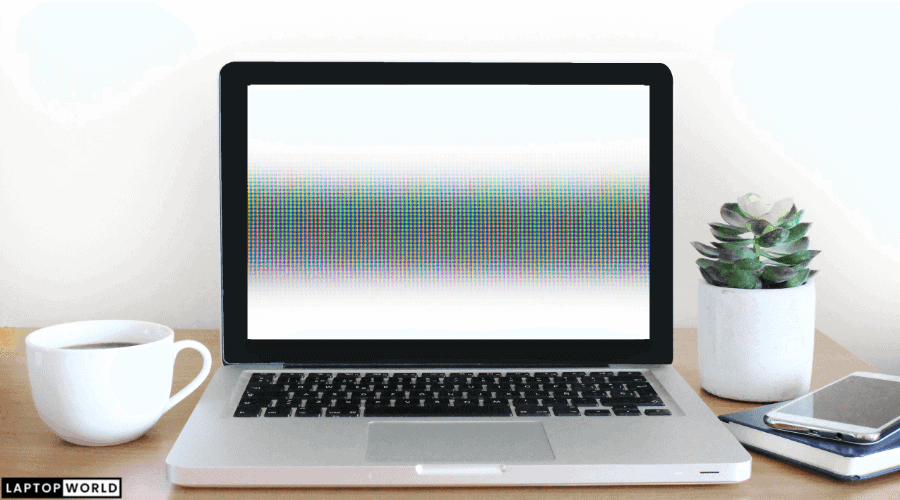 “Ah,” said you, collapsing on your daybed, and breathing a sigh of relief after a whole lot of a tiring day!

Table of Content
Two Scenarios When You Would Search for “Why Are Videos Not Playing On My Laptop?”
#1. What If Your Laptop Is Not Playing Videos
Widely Encountered Video Playback Errors
#1. Either Upgrade Your System or Convert the Video to a Supported Format
#2. Update Your System’s Display Drivers
#3. Install New Plug-ins To Your Default Windows Media Player
#4. Install A Set Of Proper And Required Codecs
#5. Install A New and Supported Media Player
Bonus Tip
#2. When YouTube Stops Working

Whispering, “no more office matters, no further talks, because it’s the refreshment time now”, you pick up the laptop, turn it on, and start seeking out the movies that you are smitten by, and that you’ve downloaded a night before.

Upon choosing one and hitting the “Play” button, you see nothing happens. You try a second video, but things are still the same. What the heck, you say, why are videos not playing on my laptop?

Well, I know you must not be using an outdated system but the latest one i.e. Windows 10 or Windows 7, for sure. So, fretting regarding why are videos not playing on a Windows 10 laptop even, is no doubt behooved.

This and few other things that are most likely to happen, let’s check out what are those, and let’s dig out how to deal with them.

But first, see this.

Two Scenarios When You Would Search for “Why Are Videos Not Playing On My Laptop?”

Here are those two most probable scenarios.

Either the first, or the second, but surely one from these two. Yes, these are the most widely came across situations where you would happen to search this specific query.

Anyways, need not panic, since I have got you covered here. Whatever context it is, there is a solution for you. Here, keeping this in mind, I’ve discussed each minute thing so that your search for the answer can be made facile.

Ok, jumping straight down into the crux, now.

#1. What If Your Laptop Is Not Playing Videos

At times, your system right away says no to playing the videos that, you once darn enjoyed, videos that you downloaded in order to enjoy them later.

Does that mean that your “Watch later” list is of no more use now?

Never! Although it’s sheerly yucky, believe me, it’s temporary. Yes, if you look into what are some of the major errors that you can come across generally, and if you dig out what are the factors causing these dramas, you’ll know that things are easy to grapple with.

Here’s what to notice and what to do further.

Some of the most widely confronted video playback issues are.

All these and many other issues, most of the time are due to, either the nature of the video file i.e. it being corrupted, or because of other codec snags.

But what else pretexts are there, check them out.

Discussed above are some of the massively encountered and offending video playback issues. And the key reasons that cause them oftentimes, encompasses.

Well, whatever the case or cause it is, the frustration must be brought to an end now. Thus, I have listed below some of the widely considered solutions regarding such issues.

Why Are Videos Not Playing On My Laptop? Let’s move to the practical steps.

#1. Either Upgrade Your System or Convert the Video to a Supported Format

The incapability of the system is one major hitch in your coveted hankerings, no matter be it for visual quality or whatever. Your laptop perhaps doesn’t possess all that required competency to play every video format. Probably, it’s only a simple HD resolution that your laptop can go smooth with, but the videos that you are demanding it to play perhaps are of Full HD or an even bigger i.e. 4K resolution.

So, what you’ve to do is to either upgrade your system or simply trim down the video to a lower, supported, format i.e. HD, here.

You’ll find tons of video trimmers and convertors to get it done.

Perhaps your system is capable enough but the video drivers therein need an update!

Yes, most of the time, it’s the issue with your system`s display drivers i.e. outdated or corrupted. Do try updating them and see if any improvements happen.

Fear not, for it’s easy to do i.e. Type “Device Manager” in your laptop’s search box, get into it, look for “Display adapters”, double click it, and Right-click on the dropped down driver. Then, just give it an “Update”.

All the standard media players bring into use, certain plugins to carry out the tasks i.e. play videos, etc. So, caring about plugins’ updates is necessary.

Taking the default Windows Media Player as an example, here I’ve explained that step by step, how to, process.

#4. Install A Set Of Proper And Required Codecs

Codecs are those coders/decoders or simply they are the audio & video processors. Who knows that perhaps the actual issue exists in them i.e. they are being corrupted or damaged. So, try installing a new and updated codec pack.

Some widely used ones are X-Codec Pack and K-Lite etc., whereas Microsoft also has an official codec pack for this, so download and install them and enjoy videos, like never before.

Still, confused? Search “codecs” in Google, know what these are and how they work.

Lastly, if nothing worked for you. The only way out is to download and install a third-party, supported media player, like VLC Media Player, mostly. Since the VLC has a built-in feature for video repairs, this can be an extra added advantage in such worst cases.

If only a certain video is not playing whereas all others are fine, means, that one specific video file is corrupted so you can use those different video repair tools to deal with such issues. Of them, the most widely used ones are “Stellar Repair for Video” and “DivFix++”, etc.

If only YouTube or other such programs and platforms are not responding and not playing videos, that’s usually not due to any of the above-discussed factors. Rather, there is a handful of few other things, involved in causing all such perturbances.

Well, few most widely came across issues include.

So, what you are supposed to do is to make sure you have a sound and stable internet connection since one major reason for those appalling video buffers is nothing else but poor internet connectivity.

Now, if you are sure that your internet is speedy and stable, but you still can not watch videos, then the issues must be with your browser i.e. either tons of browser extensions (usually those ads or malware preventing extensions) or heaps of cache and cookies, etc.

Well whatever, besides having sound internet, here’s what to do further.

Keep In Mind That

If you see this error i.e. “Video not available”, this clearly means that that specific video is deleted or removed from the platform. So don’t bother to look for any solution then and move on to some other one.

What to do if video is not playing on laptop?

Please ensure that the video you are playing is not corrupted due to improper file transfer or an incomplete file download. Furthermore, make sure that the codecs installed in your media player are up-to-date.

Why is my Windows media player not playing videos?

It is quite common for Windows media players to have outdated codecs, making them inefficient for playing higher resolution videos. You can also scan your laptop/computer for viruses and remove any malware that might be corrupting your system files by scanning for viruses.

Why do some MP4 files not play?

Most of the time, MP4 files are not emulated by media players because of format compatibility issues. To ensure a successful playback of your MP4 files, try using different media players like VLC.

Online or offline, if your laptop is straight away refusing to play videos, don’t panic because it’s nothing permanent or cureless. Yes, whatever the issue is, consider these few simplest things and get things hunky-dory!

What things? Just go back and give the article a brief read and you won’t then ask as to why are videos not playing on my Windows 7, Windows 10, or whatever laptop, since I have discussed each minute things regarding all these issues and also regarding how to deal with them.

So, let’s have break-free entertainment now.